Toxic: The rotting underbelly of the Tasmanian salmon industry 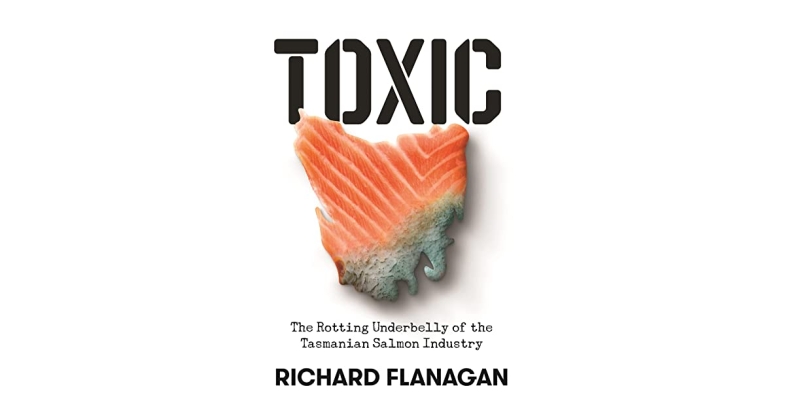 This review looks at environmental problems associated with salmon farming but the author delves into regulatory capture, unbelievable cooperation of the Tasmanian government with salmon farmers, bullying and intimidation, and the ineffectiveness of residents’ complaints. He has done a fine job of alerting us to the unseen, loosely regulated salmon ‘farming’ industry currently degrading Tasmanian waters.

Despite there being no index, table of contents, chapter headings nor map, there are 270 mercifully consecutive references.

Flanagan has publicised his findings on radio, TV and in print; maybe you have heard his arguments.

After you read Toxic I believe you will not purchase Tasmanian farmed Atlantic salmon.

In 1985 the Robin Gray government established Saltas (Salmon Enterprises of Tasmania) with the government as majority owner. Norwegian advisors noted that, apart from one or two experimental pens, the D’Entrecasteaux Channel was too shallow and its flow too weak to disperse the tonnes of sludge produced.

By 2005 Tassal had the ear of the minister and the regulators were captured. More and more salmon farming operations have been permitted with the latest in 2018.

In 2002 from his home on the west side of North Bruny Island, Flanagan detected a small salmon farm. He has seen the gradual degrading of the D’Entrecasteaux Channel. Impacts have been: 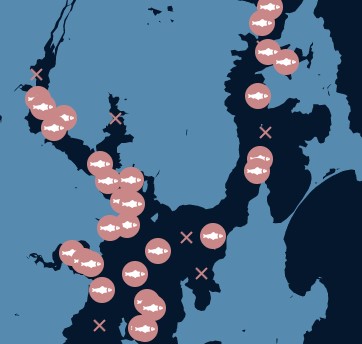 Most of the high-protein plant material in salmon feed is grown in Australia, but not soy. Soy cultivation is driving deforestation in the Amazon and in the Cerrado in Brazil.

The argument that we must farm salmon in order to feed the hungry world falters if you remember that when whole grains fit for humans are fed to animals, and then animal parts fed to fish, less than 10% of the energy in the grains may be converted into edible protein. Never mind questionable health effects of consuming antibiotics fed to fish, nor synthetic astaxanthin, derived from petrochemicals, used to pinken salmon flesh.

Tasmania’s fur seals like to eat salmon. The salmon industry seeks to get rid of this protected species, by trapping or firing ‘beanbags’ full of lead pellets at them or releasing loud noise bombs.

Salmon pens are made of rigid plastic pipe scaffolding, netting, pulleys, stanchions, handrails, walkways; and kilometres of nylon rope. This loose plastic is difficult to see, floating on the surface where it causes collisions with boats. Plastic pollution litters once-pristine beaches and coastlines.

Tweet
Published in STEP Matters 215
Tagged under
back to top