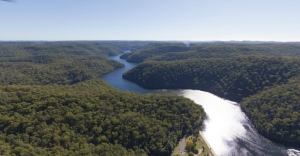 Ku-ring-gai Chase National Park is one of the most popular national parks in NSW, with over 3 million visits each year. The existing plan of management for the park was written in 2002. Since that time there has been a steady increase in visitors coming to the park, new recreational uses have become popular, information about the values of the park has improved and new approaches to managing fire and pests and weeds have been developed. The NSW National Parks and Wildlife Service (NPWS) is preparing a new plan of management for the park and island nature reserves.

As part of preparing the new plan of management NPWS has released five discussion papers exploring some of the key management themes that will be included in the new plan:

NPWS is keen to hear what the community has to say about future management of the park.

There will be other opportunities to provide input to the plan of management when the draft plan is exhibited for public comment. 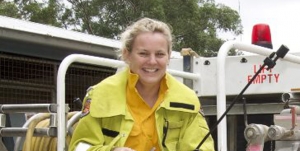 The last two issues of STEP Matters (Our National Parks Need Protection and Fifty Years of the NPWS but is Anyone Celebrating?) have described the savage treatment being applied by the NSW government by cutting national parks funding and staff restructuring. This is despite a huge increase in the popularity of parks revealed in a regular survey undertaken by the NPWS. Since 2014 the number of visits to NSW national parks by Australian residents has increased from 39.1 million to 51.8 million, a massive 32% in just two years.

The significance of the restructuring policy has been brought home by the loss of Michele Cooper who has been Lane Cove Valleys Area Manager for five years. This profile of Michele has been written by Tony Butteriss, President of the Friends of Lane Cove Valley.

Friends is very disappointed to hear that Michele Cooper has not been reappointed to her role in the restructure of NSW National Parks and Wildlife Service. We will miss her professionalism, advice and personality. We wish Michele the most for her future and as she said recently, ‘we have so much more to do and achieve, I want another 50 years’.

Outgoing Area Manager, Michele Cooper came from an interesting background. She arrived at Lane Cove River Area as a ranger in 2001. Her degree is in physical geography with a master in limestone cave management but she insists she gained her skills on the job. She managed the Pennant Hills additions, Dalrymple Hay Nature Reserve (her favourite spot) and the Kukundi Wildlife Shelter.

The value of Lane Cove National Park – according to Michele – is in having pockets of bushland within a massive metropolitan city. She values her staff and the volunteers that are dedicated to environmental work. Her typical workday is diverse, needing her attention across a range of tasks: a school group wanting a tour ... what spider is this … can I run an event with 3,000 people … a tree fallen over a track … where can I go camping? And of course – bush fires.

Her special achievement at NPWS was her Aboriginal Tour Guide Training Manual. It trained Aboriginal people to give tours in national parks. After she led the first training program, TAFE and NPWS ran numerous courses using the manual. Since then some land councils have used her manual to set up tour guide businesses.

Before Michele joined NPWS, she taught whale rescue skills to NPWS staff at the Quarantine Station on North Head. She got on so well with staff that they asked if she would volunteer. She joined NPWS doing fauna surveys in western NSW in the mid-1990s. Her next job was gate-collector for Ku-ring-gai Chase National Park. She returned to western NSW for 10 years conducting fauna surveys off-park on lands that were viable for adding to the reserve system. In Sydney, Michele was a ranger and also regions community relations officer before becoming area manager for Lane Cove. We have just lost a manager with over 25 years of highly commendable work with NPWS.