Will Driverless Cars be Good for the Environment? 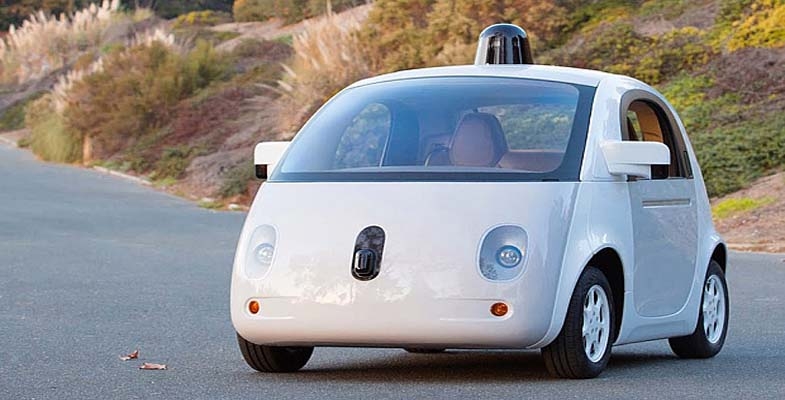 Technological developments have had profound impacts on our lives, some good and some not so good, some with immediate benefits but unforeseen damage in the longer term. The internal combustion engine has transformed our lives from the horse and buggy era to almost total dependence on the use of motor cars.

Motor cars dominate our land use because of the need for roads, parking, service stations, car retailers etc. There is the health cost of fossil fuel particulate emissions and transport is a major contributor to greenhouse gas emissions. There are pollution and social costs from the inefficiencies and stress caused by congestion.

There is currently some debate about the effects of driverless (autonomous) cars. I will leave discussion of the economic effects such as changes in employment to the experts. Here are a few of the arguments for and against driverless cars from the social and environmental point of view. I am interested in hearing your views.

One of the chief arguments in favour of driverless cars is that they will lead to more efficient use of roads. Driverless cars could communicate with each other and traffic management systems and permit greater numbers of cars to get through a particular stretch of road. This is hypothetical in that it hasn’t been proven with real-world traffic and real driverless cars yet, but it has been well modelled, and there is little reason to doubt that in general this is true.

Driverless cars, it is believed, won’t get in accidents with anything like the frequency or severity of human-driven cars. This will reduce overall congestion, as well as death and injury, personal and financial costs.

It is believed that most urban driverless taxis, and perhaps private cars, will be fully electric for reasons that are not primarily environmental.

Electric motors offer safety advantages (they can be used for emergency braking and to some degree for emergency steering). They are also much more durable (an electric motor easily lasts 1 million kilometres), less expensive and less complex than conventional engines. (Currently the reason for the high cost of electric cars is the expense of batteries.) In addition some driverless taxis operating in local traffic, primarily during peak hours, will not need huge battery packs. During idle times they can drive themselves to the next high efficiency charging station as needed.

There can be no doubt that driverless taxis and buses can change the nature of urban mobility. Much more short-distance travel will occur in small, lightweight, extremely energy efficient driverless taxis. Although this may lead to an increase in total miles travelled, the following effects combine to reduce greenhouse gas emissions because driverless taxis will:

More Efficient Use of Cars

How will driverless cars change the way we get around? The future may not be in private ownership but in mini-buses and taxis. The response of individuals is hard to predict.

Already there is a trend for people living in inner city areas where there is good public transport to forgo private car ownership. Car sharing services such as GoGet and internet call up services such as Uber are available to meet short-term needs.

Carpooling has been touted for decades as a way to use cars more efficiently. But it never took off because it suffered from an information problem: There was no way to know whether someone living around the corner was heading in the same direction as you, right this instant. It is much easier to drive yourself so many of us head off to work in the same direction with one or two people on board.

At the level of urban design and the environment, driverless cars could produce huge benefits. If cars can drive themselves, fleets of them could scurry around picking people up and dropping them off, working with sleek, robotic efficiency. With perfect computerised knowledge of where potential riders were, they could pick up several people heading the same way, optimising ride-sharing on the fly.

It’s possible that fleets of robocars could become so reliable that many people would choose not to own cars. The reduction in private use of cars could reduce the need for parking. Think of all that land that could be freed up and converted to recreation and green space.

Driverless cars could enhance the lives of the disabled and older drivers by giving them greater independence although they may still need assistance at either end of their journey.

The effect of driverless taxis on public transport is not yet clear. There is both the risk that some local trips which are taken by public bus today will migrate to driverless taxis and the opportunity to capture a much larger share of the mobility demands with on-demand buses and mini-buses will not eventuate.

There has been talk of the nirvana of being able to call up your driverless car and, hey presto, your car will appear and take you to work or the shops, take your children to sport or pick them up from the late night party. You will be able to sit in the car and catch up with the work emails or have a snooze. Internet taxis and ride share services cost less because they are more efficient in matching up vehicles and passengers. Costs will become even less if there is no driver to pay. Transport to work will be so enjoyable that people will happily live in the outer suburbs and travel times will not be an inconvenience.

But, just a minute, if one extra person is driven rather than taking public transport won’t lots of people want to do this? Congestion is a non-linear function, so as a road approaches its maximum capacity, small changes in traffic volumes can cause proportionately larger changes in congestion delays. We see this in practice where reduced traffic during school holidays makes a major difference to travelling speeds.

Many people like having cars and use them as handy storage and goods movement facilities. Will they be willing to give up the convenience of having a car immediately on hand? They are status signifiers to neighbours. They are places of privacy. They are cars whose sunk costs are turned into travel conveniences, with weekend trips to the beach and annual holiday trips made economical by having a car for commuting.

While many automotive theorists predict radical changes in human behaviour related to car ownership, there’s little reason to believe that people will become rational just because of a new technology. There may be an impact on private vehicle ownership, but this may not be nearly as big as other advocates suggest. And if this is the case, then there is little reason to expect a reduction in total car miles driven and car ownership.

Will a reduction in family cars increase total mileage driven?

While in general there is little reason to believe that there will be substantial decreases in ownership, let’s explore that model in case it comes true. Let’s identify a model family of mother who works in the city, father who does piece work at home and two children in school. In this model, the family’s single driverless car delivers the mother to work, then swings back and takes the kids to school, then swings back and takes the father to a mid-day yoga class, then unspools this at the end of the day. This does take a two family down to a one car family. Except it does it by up to doubling the total miles driven by the family, as the car goes two ways. Once again, congestion is strongly correlated to total miles driven by cars, and in this model an empty car is driving around with no one in it a lot of the time and the total miles driven by the family vehicle go up. That is likely to increase congestion.

Will parking outside the city centre increase the total distances driven?

Right now people who drive to work park at or very close to work. That’s pretty useful because they have access to their vehicle and it stops driving once they reach their destination. Under one model posited for driverless cars, the car wanders away to cheap parking outside of the core. The problem with this is that it once again puts more vehicle miles on the car which is strongly correlated to increased overall congestion. Imagine a bunch of empty cars on the roads at rush hour trying to get through city streets to cheap parking. And then there is the land required to be allocated for more parking space.

Will longer commutes become viable and so increase the total distance driven?

At present, commuting by car is highly unproductive time. Commuting by public transport is also problematic due to lack of power outlets and Wi-Fi and the inability to have private conversations. There’s a model of the future, however, in which driverless cars provide a private productivity zone, allowing people to live even further from work. Driverless cars promoting suburban living and long commutes increases traffic congestion and fuel use.

Driverless cars have the potential to reduce transport land use, congestion and greenhouse emissions. Do you agree?

Tweet
Published in STEP Matters 185
Tagged under
back to top