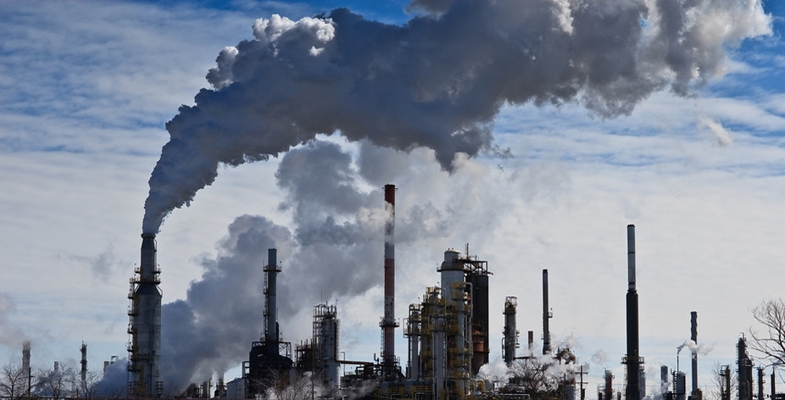 Following the serious power blackouts that occurred in South Australia and near misses in other states, gas-fired power stations have been touted as the one of the best means to transitioning away from our aging coal-fired electricity generation system. This is short-term, simplistic thinking that will be detrimental in the longer term, and the Climate Council has just released a report explaining why. The report is called Pollution and Price: The Cost of Investing in Gas.

The Climate Council is the crowd funded organisation led by Tim Flannery that replaced the Climate Commission that was abolished by the Abbott Government shortly after they came into power. They aim to provide independent, expert information on climate change issues.

Here is a brief summary of the main findings.

Use of gas does not reduce emissions sufficiently

Greenhouse gas emissions are produced both from gas power stations and gas production (for instance, methane from gas leaks). Methane is 86 times more potent as a greenhouse gas than carbon dioxide over a
20-year period.

New gas power plants are less polluting than coal. However, when the entire supply chain of gas production is considered, gas is not significantly less polluting than coal. Current levels of reliance on gas power in Australia must be reduced to play our role in limiting global temperature below 2°C. Expanding gas usage is inconsistent with tackling climate change as it locks in emissions for decades into the future.

Australia’s liquefied natural gas exports are pushing up the price of gas power as domestic gas prices are now inextricably linked to world market prices for oil. This will continue into the foreseeable future.

The most economic and accessible reserves are now being exported. Further gas expansion will drive increased reliance on unconventional gas, which is expensive. Reliance on gas power is also driving power price spikes, particularly in South Australia, Queensland and increasingly in New South Wales, due to lack of competition among gas power companies.

New gas infrastructure locks in carbon emissions for decades. Future regulations may impose higher costs or stricter limits on emissions in the future, impacting on the economic viability of gas production and electricity generation, stranding investments.

The sheer volume of gas required, the cost, the lock in of long-term emissions, environmental risks and lack of support from communities near gas wells makes this unrealistic. Currently the emissions from unconventional gas in Australia are unknown due to a lack of measurement and data. This presents a long term carbon risk to investors as high emissions fossil fuel infrastructure faces the possibility of future regulation due to climate change. Development of new unconventional gas is entirely out of step with meeting the Australian government’s climate change goals.

New renewable energy is cost competitive with new gas. The cost of renewable power and storage, particularly solar, wind and batteries, continues to fall and has no associated fuel costs. This contrasts with rising and volatile gas prices.

Technologies such as solar thermal, hydro and biomass plants can meet demand for electricity at all times of the day as well as meeting technical requirements for grid stability. Combining these technologies with wind, solar PV, and large-scale energy storage, can meet electricity demand round-the-clock. Using existing gas-fired generators and supply infrastructure prudentially to complement wind and solar power while scaling up a range of renewable energy technologies, energy storage and energy efficiency measures could deliver a limited benefit, provided the end goal is phasing out the use of all fossil fuels as quickly as possible.

The report concludes that Australia should not provide policy support for new gas power plants or gas supply infrastructure. Existing gas plants should be thought of as a short-term, expensive, emergency backup as renewable energy and storage is rapidly scaled up.