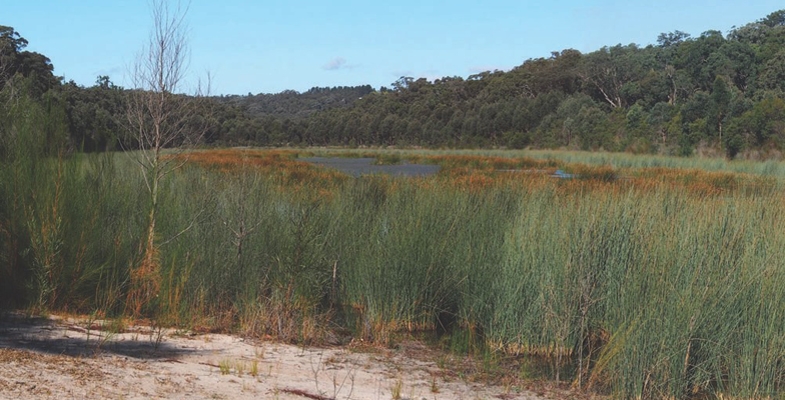 Thirlmere Lakes lie in an area that was subject tectonically to weak uplift and gentle monoclinal warping at the ill-defined southern end of the Lapstone Structural Complex, a feature that is highlighted further north by the bold escarpments of the Lapstone Monocline and the Kurrajong Fault. The chain of five shallow, swampy lakes lies in the remnants of an alluvium-filled, mature, incised-meandering river system that ancestrally drained westwards into the Wollondilly catchment. However, as a consequence of the gentle upwarping plus relative subsidence of the adjoining Cumberland Basin, the drainage direction in the north-east sector of the chain has been reversed due to headwater capture by Cedar Creek, which flows via Stonequarry Creek south-eastwards to the Nepean. The lakes are essentially stranded on a gentle watershed between two drainage systems.

The catchment area of the lakes is relatively small, roughly 10 km2 of Hawkesbury Sandstone spurs and side-valleys, and there is no long distance drainage flow-through along the dismembered ancient river course. But they overlie a substantial thickness of water-saturated alluvium whose water leaks away very slowly, and are in one sense the surface manifestation of its rising and falling water table.

Rises and Falls in Water Level

Latter day fluctuations in the water levels in these ancient lakes have been the subject of much recent debate centred around the possible effects on aquifers of longwall coal mining in nearby Tahmoor Colliery, operated by Xstrata. Other suggested factors have been the pumping of aquifers for local agricultural purposes.

Levels were particularly low in June 2010 (photo bottom left) and then rose quite slowly – below many people’s expectations (photo at the top of the page was taken in May 2015). However, the lakes now (March 2017) are as full as they’ve been in recent decades (photo bottom right).

You can easily access the rainfall data of the Bureau of Meteorology’s automatic rain gauge located near Buxton 3 km to the south, and from it you can deduce some interesting correlations.

The low water levels of 2010 following the exceptionally dry year of 2009 (photo bottom left) occurred when only 588 mm was recorded against a mean of 856 mm. In strong contrast, in 2017 (photo bottom right) is a hangover from the massive east coast low falls of June 2016 when 387 mm was recorded at Buxton, including a one day fall of 188 mm (contrast the wettest monthly total for 2009 of only 97 mm). Rains from east coast lows can overwhelm everything over huge areas, create massive floods, and fill and sometimes overflow our storage reservoirs. The plants don't need all that extra water, especially in winter, and what doesn't run off will bypass their root systems and swell the aquifers, including those that feed the lakes.

And what of the gradual rise in lake levels from 2010 onwards that had many people puzzled? Well, four out of the six years from 2010 to 2016 brought above average rainfall, peaking at 971 mm in 2013, and the other two were only slightly below – 736 mm in 2011 and 841 mm in 2014. The maximum one day fall in that period was 133 mm in January 2013 and January and February of that year scored a combined total of 326 mm. This was thus a slightly wetter than average time and the photo at the top of the page shows Lake Werri Berri recovering, roughly half full, in May 2015, a year in which the preceding month of April was the wettest one with a total of 164 mm. 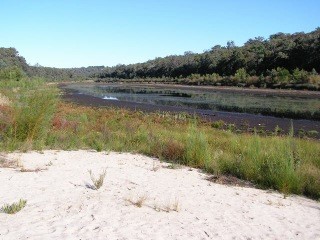 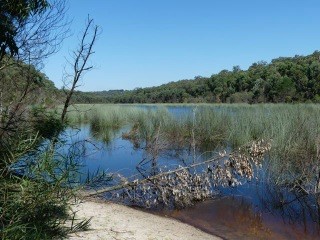 Are we still pointing a finger at Xstrata's longwall mine system? Well this is a personal opinion and don't quote me as an expert, but I believe it can only be a minor factor at most; rainfall versus evaporation is demonstrably the major control, as has been the case from historical records and one which is built into the conclusions of the report cited below. How climate change will affect things in the future is unknown, though there is already evidence of increasing intensity within rainfall events. More ones like June last year can only be good for the lakes.

John Martyn recently visited Thirlmere Lakes to see how the area has fared during the recent period of freak weather. In STEP Matters 186 we wrote about concerns that the significant drop in water levels since the mid-1980s was due to longwall mining. It seems the picture has changed considerably.