Native Forest Protections are Deeply Flawed, yet May be in Place for another 20 Years 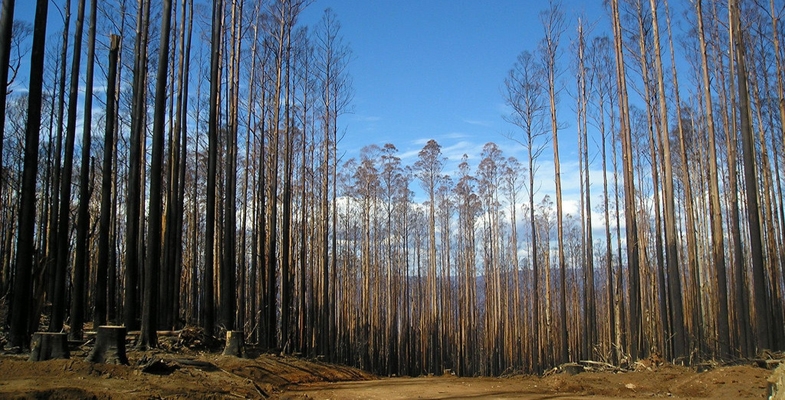 Regional Forest Agreements (RFAs) are the mechanism by which the states are permitted to log native forest under accreditation from the Commonwealth. The RFAs were designed not just to exploit this public resource but to incorporate conservation and recreation. They have a number of explicit aims such as establishing a reserve system to ensure adequate protection for forest ecosystems and threatened species, an ecologically sustainable logging process and to provide long-term stability for the forestry industries.

The National Parks Association (NPA) published a report in 2016 (OF Sweeney, Regional Forest Agreements in NSW: Have they Achieved their Aims?) that was highly critical of the RFA system. It said:

… the RFAs have failed to substantially meet their goals either wholly or in part.

and recommended that the NSW government should transition away from native forest logging.

As explained in the article below, the Australian government is planning to roll over 20-year extensions of the RFAs without any review as to the current ecological status of forests or reference to new information since the RFAs were first signed 20 years ago.

During the period provided for submissions on the renewal of RFAs the NPA was attacked by the Assistant Minister for Agriculture and Water Resources, Senator Anne Ruston claiming deliberate dishonesty in their campaign to end public native forest logging in NSW.

CEO of the NPA, Alix Goodwin has stated that:

It’s hard to see the senator’s letter as anything but an attempt to intimidate us, because we successfully challenged the government’s efforts to rush the RFAs through with minimum scrutiny.

The following article was written by Professor David Lindenmayer from the Fenner School of Environment and Society, ANU and was published in The Conversation on 23 March 2018.

State governments are poised to renew some of the 20-year-old Regional Forest Agreements (RFAs) without reviewing any evidence gathered in the last two decades.

The agreements were first signed between the federal government and the states in the late 1990s in an attempt to balance the needs of the native forest logging industry with conservation and forest biodiversity.

It’s time to renew the agreements for another 20 years. Some, such as Tasmania’s, have just been renewed and others are about to be rolled over without substantial reassessment. Yet much of the data on which the RFAs are based are hopelessly out of date.

Concerns about the validity of the science behind the agreements is shared by some state politicians, with The Guardian reporting the NSW Labor opposition environment spokeswoman as saying 'the science underpinning the RFAs is out of date and incomplete'.

What is clearly needed are new, thorough and independent regional assessments that quantify the full range of values of native forests.

Much of the information underpinning these agreements comes largely from the mid-1990s. This was before key issues with climate change began to emerge and the value of carbon storage in native forests was identified; before massive wildfires damaged hundreds of thousands of hectares of forest in eastern Australia; and before the recognition that in some forest types logging operations elevate the risks of crown-scorching wildfires.

The agreements predate the massive droughts and changing climate that have affected the rainfall patterns and water supply systems of southwestern and southeastern Australia, including the forested catchments of Melbourne.

It’s also arguable whether the current Regional Forest Agreements accommodate some of the critical values of native forests. This is because their primary objective is pulp and timber production.

Yet it is increasingly apparent that other economic and social values of native forests are greater than pulp and wood.

To take Victoria as an example, a hectare of intact mountain ash forests produces 12 million litres more water per year than the same amount of logged forest.

The economic value of that water far outstrips the value of the timber: almost all of Melbourne’s water come from these forests. Recent analysis indicates that already more than 60% of the forest in some of Melbourne’s most important catchments has been logged.

The current water supply problems in Cape Town in South Africa are a stark illustration of what can happen when natural assets and environmental infrastructure are not managed appropriately. In the case of the Victorian ash forests, some pundits would argue that the state’s desalination plant can offset the loss of catchment water. But desalination is hugely expensive to taxpayers and generates large amounts of greenhouse emissions.

Another critical issue with the existing agreements is the availability of loggable forest. Past over-harvesting means that much of the loggable forest has already been cut. Remaining sawlog resources are rapidly declining. It would be absurd to sign a 20-year RFA when the amount of sawlog resource remaining is less than 10 years.

This is partially because estimates of sustained yield in the original agreements did not take into account inevitable wood losses in wildfires – akin to a long-distance trucking company operating without accident insurance.

Some are arguing that the solution now is to cut even more timber in water catchments, but this would further compromise water yields at a major cost to the economy and to human populations.

The inevitable conclusion is that the Regional Forest Agreements and their underlying Comprehensive Regional Assessments are badly out of date. We should not renew them without taking into consideration decades of new information on the value of native forests and on threats to their preservation.

Australia’s native forests are among the nation’s most important natural assets. The Australian public has a right to expect that the most up-to-date information will be used to manage these irreplaceable assets.

Tweet
Published in STEP Matters 195
Tagged under
back to top