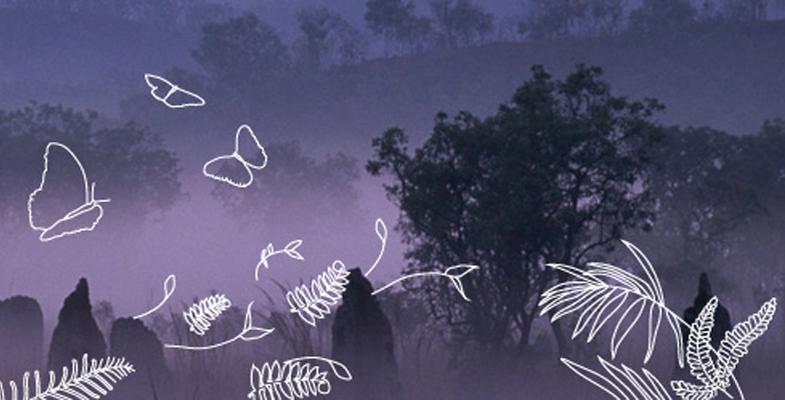 Australia’s rate of species decline continues to be among the world’s highest. Government decisions to promote population growth and resource exploitation (mining and agriculture) are accelerating this trend. Often governments are able to ignore their obligations to protect and conserve threatened species because of weak national environment laws. Governments are reversing hard fought gains as evidenced by recent decisions to relax land clearing laws in NSW and the reduction in marine sanctuary protections.

Australia’s environment protection laws are not working. An alliance of environment groups has been formed to push for a total revision of the federal laws and administration systems to stem the trend of loss of biodiversity and degradation of the environment. Leadership is needed at the federal level to ensure a coordinated approach. Maybe under the current coalition governments the chances of this being achieved are low but the approach provides guidelines for a way forward.

This alliance, called the Places You Love, has been created by 40 national groups guided by the work of the Australian Panel of Experts on Environmental Law. The Alliance follows the principles of collective action to achieve greater outcomes for nature than could be achieved by a single organisation.

Birdlife Australia, a member of the Alliance published a report in February 2018 called Restoring the Balance: The Case for a New Generation of Environmental Laws in Australia. In the foreword Nobel Laureate Prof Peter Doherty states:

Even when there is strong scientific evidence of actions that will cause harm, Australia’s poor record of environmental monitoring coupled with the ambiguity of key terms in legislation such as ‘significant impact’ means that science can effectively be ignored. Worse still, in some cases our Federal Minister has the power to use his or her discretion to override scientific evidence. Under exemptions, such as Regional Forest Agreements, actions that will impact on threatened species don’t even require Federal approval.

The Federal Environment Protection and Biodiversity Conservation (EPBC) Act was passed in 1999. It is meant to be the key piece of legislation that ties together the roles of the Australian government and the states in order to create a truly national scheme of environment and heritage protection and biodiversity conservation The Act focuses Australian government interests on the protection of matters of national environmental significance, with the states and territories having responsibility for matters of state and local significance.

There are many inherent weaknesses in the Act and its implementation, meaning many neglected threatened species are simply being left to decline. Here are some examples. 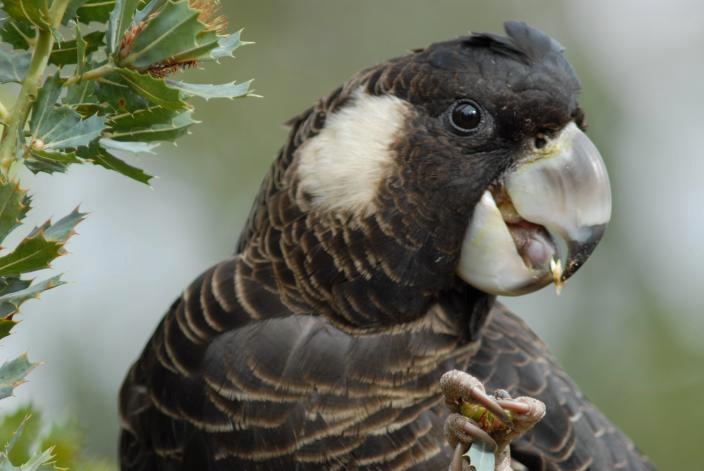 Federally listed as endangered, the Perth-Peel subpopulation of Carnaby’s Black-Cockatoos has declined by more than 50% since 2010, due to the ongoing clearing of foraging and roosting habitat on the Swan Coastal Plain. With more than 70% of banksia woodland now cleared, the species has become increasingly reliant upon pine plantations north of Perth to survive. But these are allowed to be harvested and are not being replaced.

Birdlife Australia has reported several times the decline in population and quoted legal advice that the continuing removal of mature pine plantations was in breach of the EPBC Act Recovery Plan and met the requirement for a significant impact on a matter of national environmental significance. The WA government has failed to take action demonstrating the inherent weakness in the legislation that relies in a large part on self-referral, opaque definitions of what constitutes a ‘significant impact’ and insufficient resources to ensure enforcement and compliance. 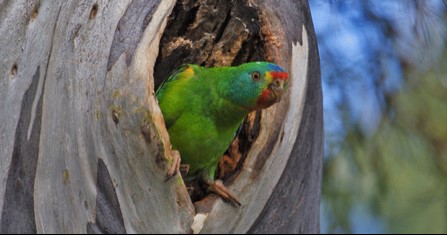 The Swift Parrot is critically endangered. With fewer than 1,000 pairs left in the wild, it is predicted to go extinct in the next 14 years. Loss of breeding habitat in Tasmania through logging and clearing that is allowed under RFAs is one of the greatest threats to the parrot’s survival, along with predation by introduced Sugar Gliders.

Unlike other industries whose activities may have a significant impact on nationally listed threatened species, logging and clear felling ‘in accordance with a RFA’ is exempted from national environment protection laws. In the absence of strong national leadership, recovery actions taken in one jurisdiction may be undermined by destructive practices in another.

The Regent Honeyeater is nationally critically endangered, having declined by more than 80% over the last three generations. Its decline is linked to clearance and degradation of its woodland habitat. The Lower Hunter Valley is known to be important for Regent Honeyeaters and is predicted to become even more important as climate change intensifies. Unfortunately, the woodlands and forests of the Lower Hunter are under significant threat from mining, industrial and urban developments.

In 2007 the Australian government approved development within the Tomalpin Woodlands. More recent evidence shows that this area is vital breeding habitat and there are other places where the industrial development could occur. The federal environment minister could but is not compelled to act on this new evidence.

When the EPBC Act was first passed into law, the listing of a species as nationally threatened triggered a legal requirement for the development of a national recovery plan; a document that captures current understanding of how present and past threats contributed to the species’ decline and the key actions needed to recover the species. While such plans are not directly enforceable, one would think the plan should impose measures to help protect a species, for example by identifying areas of critical habitat that must be protected. Importantly, the environment minister cannot approve an action that is inconsistent with a recovery plan.

In the five years or so following the introduction of the Act, a number of recovery plans showed clear intent to use the full powers and provisions of the Act but over time, recovery plans have become increasingly insipid as governments have sought to avoid strong prescriptions that might limit activities within a species’ range or require resources for the implementation of priority actions.

As the lists of threatened species have grown, funding for the development and implementation of plans has declined. Today, most listed species don’t have recovery plans. For those that do, recovery plans were mostly drafted long ago and have not been updated within the required five-year time frame.

The Alliance is calling for the reforms outlined below. However it is hard to imagine that they could be countenanced by the current government.

The current system distributes responsibility across the federation, but no one jurisdiction is charged with coordinating efforts to protect our environment. A lack of nationally consistent monitoring and reporting makes evidence-based decision-making difficult for governments and increases costs for businesses attempting to comply with eight different, often-changing regulatory regimes.

The Australian government must retain responsibility for current matters of national environmental significance and protect them effectively. But national oversight currently is too limited and must be expanded to cover broader issues that impact on biodiversity and ecosystems such land clearing and water extraction.

The commission would also develop enforceable national, regional, threat abatement and species level conservation plans. Central to a new national environmental protection framework is the timely collection and disclosure of environmental data and the provision of independent and transparent advice on planning and approval decisions.

3.   Establish an independent National Environmental Protection Authority that operates at arm’s-length from government

The authority’s role would be to conduct transparent environmental assessments and inquiries into development proposals as well as undertake monitoring, compliance and enforcement actions.

Australian citizens have a right to be involved in decisions that will affect the use and health of our environment. Communities have been shut out or ignored by decision makers. Too often this has led to conflict between businesses and communities, and weakened community trust in government processes and institutions.

Tweet
Published in STEP Matters 195
Tagged under
back to top