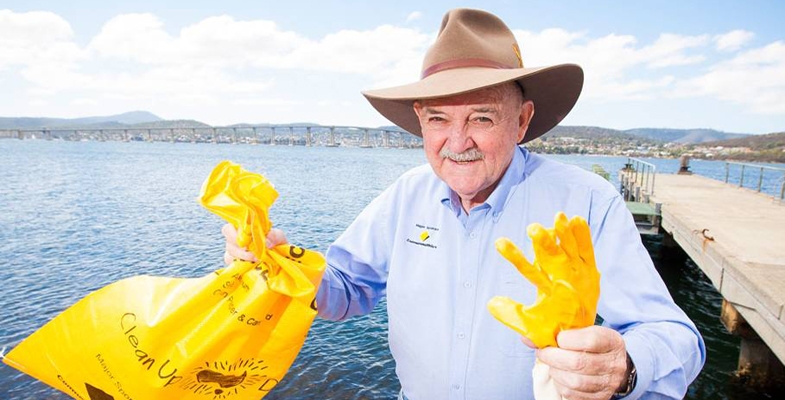 Clean Up Australia was founded 30 years ago by Ian Kiernan. It is sad to hear of his death in October 2018.

While sailing in the BOC Challenge solo round the world yacht race Ian was shocked and disgusted by the pollution and rubbish that he continually encountered. Back in Sydney Ian organised a community event with the support of a committee of friends.

300,000 volunteers turned up to the first event in 1990. This simple idea of cleaning up Sydney Harbour has now become the nation's largest community-based environmental event, Clean Up Australia Day.

Clean Up the World was launched in 1993 with the support of the United Nations Environment Program. Now about 30 million people participate from 30 countries.

STEP has supported Clean Up Australia Day since 1993.