Australia’s Population hits 25 million but who is Cheering? 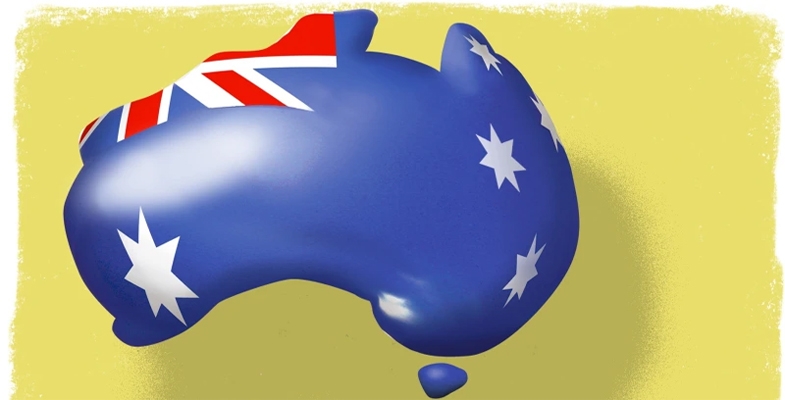 Australia’s total population grew by 390,000 over the year to 30 June 2018. In August 2018 Australia’s population hit the 25 million mark. Even before that milestone was announced public concern about the rate of population growth has increasingly focused on the shortcomings of infrastructure in Sydney and Melbourne. Even the Liberal government has been canvassing the possibility of reducing the level of immigration and has established a committee to review the current level of the intake.

However the issue is still being treated as a short-term problem so we can return to business as usual once the backlog of construction has been overcome. The idea of reducing permanent immigration even by 40,000 from the recent levels of around 200,000 pa has generated fear mongering of a calamitous reduction in economic growth. This highlights the artificial situation that has been created whereby our economic growth is dependent on population growth. The touted price-adjusted GDP growth rate of 2.6% pa over the last 5 years is only 1.0% pa on a per capita basis according to Reserve Bank data.

The majority of people recognise the success of immigration in enhancing the development and culture of the country but that is not the point. No one is proposing that immigration stops altogether. In fact a large number of people leave the country each year.

Let’s put the current situation into perspective. The table below gives some historical data of past migration rates.

This demonstrates the huge growth in net migration over the past ten years. I don’t recall the economy being a disaster last century when net migration was below 100,000 pa.

Some Facts and Figures

We need to explain some of the detail of the definition of population. Changes in population are estimated from data of births and deaths (natural increase) and net overseas migration (NOM). Every four years a census is taken to balance the books and check the accuracy of the estimates.

The calculation of NOM is not easy. The figure of NOM is made up of permanent and temporary net migration. Immigrants are counted in NOM if they have been resident for 12 out of last 16 months. Conversely if a person leaves the country they are still counted in the population until they have been out of the country for 4 months. This applies to permanent citizens and visa holders and also temporary residents.

The government defines a cap on permanent immigration that covers the aggregate of two groups; migrants that have arrived as permanent new residents or temporary migrants already resident in Australia can be granted permanent residency. The major criteria for admission are broadly broken up into two streams based on skill or family reunion. The total cap for permanent migration is currently 190,000. The actual number approved in 2017–18 was 162,000. Humanitarian entrants come under a separate policy and total about 20,000 pa.

The government committee is currently reviewing the 190,000 cap.

The count of population includes a significant number of people on temporary visas. The main categories are temporary work visas (skilled workers, recent graduates who can stay for a fixed period, and working holiday visitors), students, bridging visas and a high number of New Zealanders who can come and go as they please. It appears that there is little control of the numbers of students. The government is bowing to pressure from educational institutions for more and more fee-paying students. As at 30 June 2018 the number of temporary residents is estimated to be more than 1.8 million. Including over 500,000 students. As explained above some of these people are counted in the official population figure.

One issue with the growth in the number of students is the pressure this creates for growth in the number of permanent migrants. Most students are allowed to stay on a temporary visa for some time after graduation and many apply for permanent residency. These new residents plus the large number of recent migrants create pressure for more and more family reunion visa. The whole system is a perpetual cycle of increase.

Still all this does not mean that is impossible to slow down!

The Bureau of Statistics recently released a new set of projections of future population over the next 50 years. The three major sets of assumptions used are as follows.

The ABS has been instructed to assume continuation of high rates of immigration. Scenario B represents approximately the experience over the past ten years.

The projected outcomes are as follows for Scenario B.

Based on these projections governments are expecting the country to provide for an extra 8.6 million citizens over the next 20 years and a further 9.4 million over the following 30 years. That’s the creation of another one and a half Sydneys in only 20 years! Where will all these people live? This is a huge imposition on our fragile ecosystems and water supply and the demand for capital to finance the infrastructure needs.

The population debate is still dominated by commentators arguing that migration has been great for the country citing various success stories. This misses the point that it is not a simple black and white issue. Of course business and the construction industry are in favour of more and more growth but that ignores the views of current citizens who cannot visualise what the country will be like with that many people.

Planning is being done in short-term bursts, a few apartment blocks here, densification of some low-density housing areas with loss of trees, clearing of bushland on the fringes of towns and cities. We are in denial of the effect short-term decisions have on longer term outcomes. The longer the high growth continues the harder it is to cut back on employment dependent on growth such as construction and education. The existing residents of Sydney and Melbourne are suffering from congestion. We need a broader discussion.

Can Stabilisation be Achieved?

Back in 1998 the ABS did a projection of the conditions under which population would stabilise. This showed that net migration of 70,000 pa would lead to stabilisation at 23.5 million in about 2050. We are miles off that figure now and the net migration figure would need to be lower to achieve stabilisation in any foreseeable timeframe.