The Early Days in what is now Lane Cove National Park 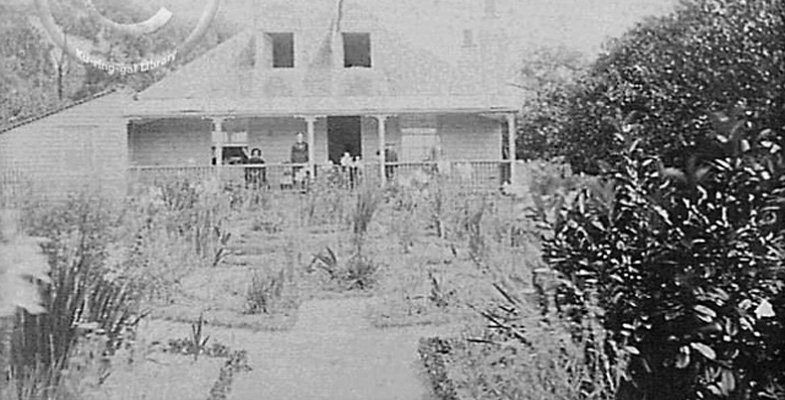 The early European history of the area that became Lane Cove National Park could be said to stem from an exploratory visit to the Lane Cove River by George Caley in 1805. Caley was employed as a plant collector by Joseph Banks and was the first person to make a systematic study of eucalypts. He reported on the quality of the trees in the Lane Cove River valley and it is thought that as a result a convict timber camp was set up at what later became Fiddens Wharf.

One of the convicts employed at the camp was William Henry. He arrived in 1801 on the Earl Cornwallis, and no doubt obtained a good knowledge of the valley while working as a timber getter. After Henry was emancipated Governor William Bligh promised him a grant of 1,000 acres in an area which now includes much of the lower park and West Lindfield. Henry took up the grant and started a vineyard on a portion of the area. Unfortunately for him Bligh became somewhat distracted with the Rum Rebellion, the grant was never confirmed and eventually around 1850 Henry was thrown off the land as the government of the day prepared to sell it.

Some say that another famous Australian identity, John MacArthur had schemed to ensure that William Henry suffered because he had supported Bligh during the rebellion.

However, that was not the end of his family’s connection, his granddaughter Maria married Thomas Jenkins and in 1852 they purchased a portion of the land originally held by her grandfather. It was this family who held the property right up until 1937 when it was purchased by the government to form the basis of the national park.

The farm or orchard was known as Millwood, the house Waterview and the small stone building we now know as Jenkin’s Kitchen was built around 1855, separately from the house, as was often the case at that time when there was a fear of fire burning down the main building. Ironically the main building burnt down in 1943 after the incorporation of the area into the park, and although the kitchen has been affected by fire it is still with us.

After the recent renovations, which include a new roof and extensive work to the sandstone, there is every hope that it will remain as a focal point at the park headquarters for many years.

Congratulations to STEP on reaching the milestone of the 200th issue of your magazine.

We at Friends of Lane Cove National Park also have a milestone coming up: the 25th anniversary of our founding. Many of you will know that this came about after the devastating fires in early 1994. However, that was not the start of bushcare in the park, a dedicated group had already been working in Carters Creek since 1991.

On 25 May we are gathering at the park to celebrate our 25 years and also to officially open Jenkins Kitchen which Friends have renovated with the aid of a Heritage Near Me grant. The grant is particularly designed to return heritage buildings to a form that can be accessed by the public. In this case the building, which is thought to be the oldest building in Ku-ring-gai, will be used at an interpretation centre illustrating its past use as a kitchen while acting as a source of information about the flora and fauna of the park.

We would like to extend an invitation to anyone who has been a volunteer in the park or member of Friends of Lane Cove National Park in the past (and who we may have lost contact with) to come along and help us celebrate.

We will meet near the park headquarters at noon. Refreshments and a barbeque lunch will be provided, and it will be a good chance to catch up with old friends.

If you intend to come, please let us know at This email address is being protected from spambots. You need JavaScript enabled to view it. to help us with the catering.