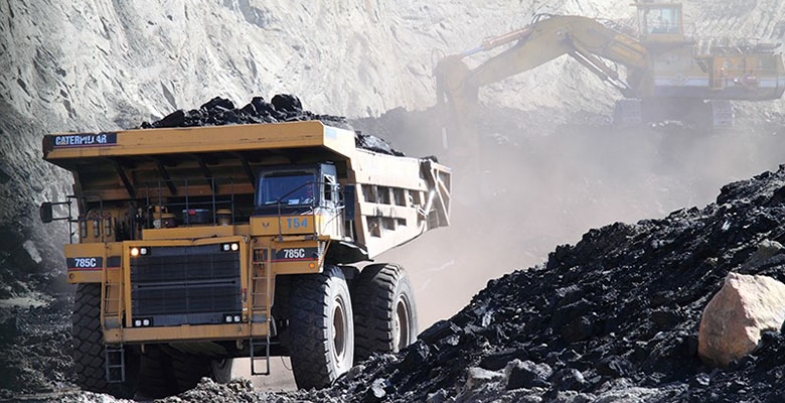 Optimistic, prosperous – a country of rare beauty, blessed with abundant natural resources. Australia has all the ‘golden eggs’ ’needed to position itself as a global leader, to help its Asia-Pacific region leapfrog to a new energy future and to guarantee its prosperity in the process.

Watching this summer’s unprecedented firestorms, I was heartbroken by the sheer scale of the human and ecological tragedy. ‘This must be the tipping point on climate politics in Australia,’ I said to myself. ‘Surely now the politicians will join hands and forge a bipartisan plan for a better future.’

Instead, the climate wars have returned, driven by a handful of deniers given air by powerful media sympathisers and a Prime Minister unwilling to fully embrace the science and stare them down.

For Australia, the choice between danger and opportunity is clear, and that choice must be made now. Since the 2008 Stern Review, the world has known that the cost of not acting is much greater than the cost of our current path. And since the 2008 Garnaut Review, Australians have known that without stronger action, droughts and bushfires would become more frequent and intense, and ‘observable by 2020’. It is time to move on from denial, delusion and delay towards preparedness, productivity and prosperity.

The following three steps will put Australia on track to the future we must create. First, be honest about where Australia is at. Your country is much more than 1.3% of the global climate problem. Carbon emissions from Australia’s use and export of fossil fuels account for about 5% of the global fossil fuel footprint. With exports included, Australians have the biggest per capita carbon footprint in the world.

Australia is not ‘meeting and beating’ its emissions targets. Emissions have increased in every calendar year since 2014. The government’s own projections say Australia will reduce emissions by only 16% by 2030, not the 26 to 28% it promised in Paris, nor the 50% required by science to limit warming to 1.5 degrees.

Kyoto ‘carryover’ can’t be used to make up the gap. The Paris Agreement doesn’t allow it. To suggest otherwise is at best an attempt to paper over Australia’s lagging efforts and at worst a legally baseless ploy that encourages cheating and holds back the next phase of carbon markets.

A highly vulnerable Australia cannot address climate change on its own, but its heel-dragging leaves it without the international credibility to drive a stronger global response.

The Australian government must look seriously at how to truly meet and beat its 2030 target, and it must ask other major emitters to join it in an alliance for higher ambition at the COP26 climate summit in Glasgow this November.

Second, Australia needs a bipartisan, long-term vision for decarbonisation. Rattled by the bushfires and growing evidence of climate-related risks and stresses, Australia’s biggest corporations – including Rio Tinto, Qantas, Telstra and BHP – have announced support for a national net zero target for 2050. For them, legislating this target is important to finally end the climate wars and provide certainty to underpin investment in the transition.

All states and territories have 2050 net zero targets, as do 73 other nations, including Britain and Canada. British Prime Minister Boris Johnson would welcome Australia joining these ranks ahead of the COP26 and giving consideration to the British model of using an independent expert body to advise government on five-yearly carbon budgets en route to net zero by 2050.

Third, Australia must embrace net zero by 2050 as a central pillar of its economic plan for the future. The plan must prioritise the policies, industries and technologies that are scientifically aligned with the 1.5 degree temperature limit, and retire those that are not. Despite a booming renewables industry, coal still accounts for around 60% of Australia’s energy mix. But the technology is tired and unreliable in the summer, highly polluting, and no longer price-competitive with solar and wind. There is no place for governments signed up to the Paris Agreement to provide subsidies for dying coal. We must instead invest in the future.

After two years in operation, South Australia’s 100 megawatt ‘big battery’ at Hornsdale has successfully stabilised the state’s grid, saved consumers $50 million and produced handsome financial returns for its investors. In NSW, the Snowy 2.0 hydro project will deliver at least two gigawatts of dispatchable power to the main Australian grid, creating up to 5000 jobs along the way.

These ground-breaking projects are examples of how Australia can lead and prosper. With political honesty and vision, ambitious targets and a stubborn commitment to innovation, Australia stands ready to assume its rightful place as a clean energy superpower.

This article was published in the Sydney Morning Herald on 9 March 2020 and is republished with permission of the author Christiana Figueres. Christiana is a former UN Executive Secretary for Climate Change and the co-author of The Future We Choose