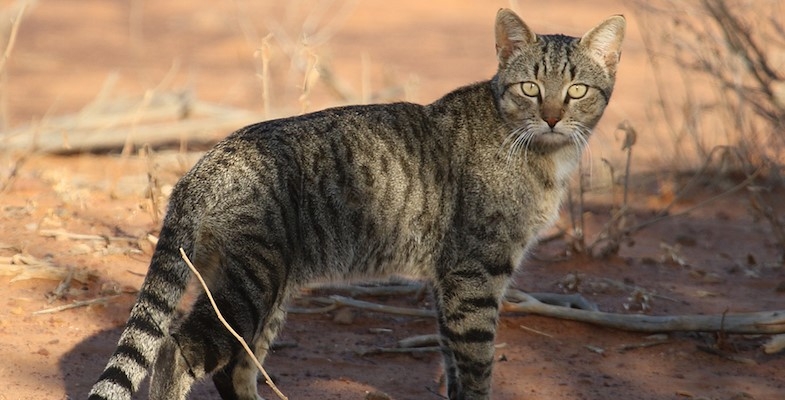 Reintroducing protected species into the wild has been near impossible due to predation by cats and foxes unless the site is protected by exclusion fencing. Now a promising solution has been trialled. 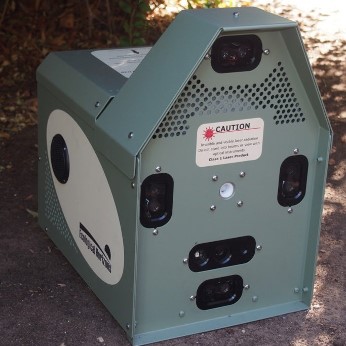 A device, called the Felixer, has been successfully trialled by researchers at UNSW. The device is getting rave reviews because it poses no threat to Australian native animals.

The device uses lasers to detect the shape of an animal as it walks by. If it detects a cat it sprays poison gel onto its fur. The cat then licks the gel off their coat and dies.

The device takes a photo with each spray, so there is good information on which animals it is firing on. So far the researchers have found that it's highly target-specific.

The researchers at UNSW set up 20 Felixers for a six-week trial on a 2,600-hectare, fenced-off property, Arid Recovery near Roxby Downs in South Australia. At the end of the six weeks researchers found that two-thirds of the 50 feral cats on the property had been killed by the device and no other wildlife had been harmed.

One of the study's lead researchers, Dr Katherine Moseby, said the results were very promising for eradicating feral cats in Australia:

In the trial we had 100% firing on cats. In some other trials, native animals triggered the device but it has a much higher target specificity than traps left on the ground.

Dr Moseby says the device is currently only available for research purposes, but they have high hopes it will become commercially available in the future. The idea is that in the future people will be able to purchase the device for use on their properties, particularly in remote areas.

Arid Recovery is home to some of the most endangered animals in Australia and remains one of the only places on the mainland that can support populations of the greater stick-nest rat.

Arid Recovery manager, Katherine Tuft, said the Felixer study was not the sort of experiment that the reserve was used to as it usually focussed on keeping native animals away from cats. She said:

We're trying to train native animals to cope with a certain number of feral cats because we'd like to have bilbies and bettongs surviving outside fences one day.

While we are on the subject of feral cats, the Environment Minster, Susan Ley, has announced an enquiry into the problem of feral and domestic cats by the House of Representatives Standing Committee on the Environment and Energy. Submissions close on 30 July.

The terms of reference are wide ranging covering the extent of the problem, effectiveness of current abatement plans and control methods and awareness and education of the public. It includes the critical issue of the interaction between domestic cat ownership and the feral cat problem.