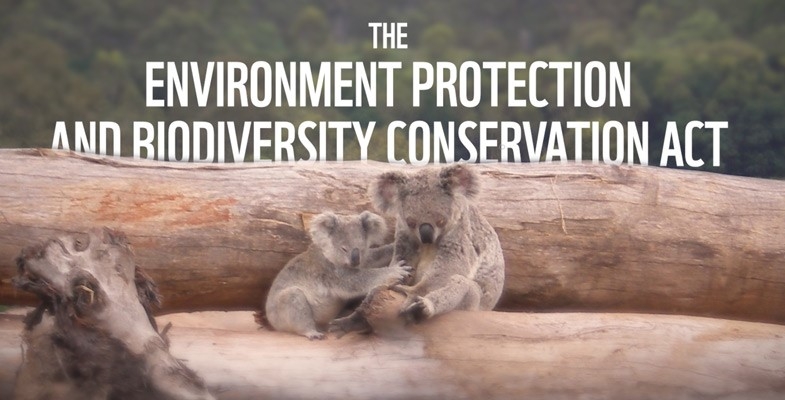 The EPBC Act that has been in force since 1999 is required to be reviewed every 10 years. The second review chaired by Prof Gordon Samuel, is currently underway. The interim report that considered close to 30,000 submissions was released in July. The Review is continuing to consult with stakeholders and the final review is due at the end of October.

At the outset, the report recognises the serious environmental crisis we are facing and the deterioration of our natural capital. It recognises that the current Act is failing to address the causes of this decline. The report calls for national leadership and stronger laws that effectively address our greatest environmental challenges.

While the report was being prepared, the auditor general released a report finding 80% of approvals under the EPBC Act and regulations were non-compliant or contained errors.

Federal Labor analysed those findings and concluded that since the coalition came to power, there had been a 510% blowout in the number of environmental approvals delayed beyond time frames indicated in the laws.

The delays came as the government cut funding to the environment department, which Labor said was now 40% lower than it was before the coalition came to power.

The report calls for:

The main response by the government to the review is at odds with the fundamental issues highlighted in the interim report.

In the government’s view the main metric of the success of the review is how quickly approvals can be signed off. The Environment Minister Sussan Ley agreed in principle with most of the recommendations but then has proposed introducing legislation to implement some of them in August before the final report is completed – due in October. This could seriously compromise the effective implementation of the reforms

The report suggests that the development of a robust suite of environmental standards will drive the improved outcomes. On the other hand, the government is intending to pass legislation as soon as possible in parliament to facilitate new bilateral assessment and approval agreements. In the absence of confirmed standards, a set of ‘interim standards’ will be used to fast track the devolving of powers to states and territories. By definition the interim standards will have to be vague such as preventing unacceptable impacts on matters of national environmental significance. How can ‘unacceptable’ be defined without a thorough framework of standards?

There is the risk that, once the interim process is in place, the implementation of the more rigorous process will be resisted. How can the accreditation be secure when currently there are states like NSW with laws that cannot even protect koalas and has land clearing laws that facilitate habitat loss? However, once the final standards are in place, if these are mandatory and measurable, they could play a key role in lifting state standards and ensuring environmental outcomes are actually achieved.

Minister does not support independent regulator

Despite the report pointing out the fundamental flaw of the current EPBC Act being that the Environment Department has utterly failed in its implementation, the minister has stated that the government will not implement the recommendation for an independent regulator. She has stated that proponents should still expect a significant increase in compliance and enforcement activity by her department under the EPBC Act.

Introduce limited merits review – the report clearly rejected the notion of ‘green lawfare’ acting as an obstacle to development while the government is determined to maintain its position that reform is needed.

Consider biodiversity offsets as a last resort – offsetting should be considered only when proponents have exhausted all reasonable options to avoid or mitigate impacts, and that offsets should deliver genuine restoration.

Modify water trigger – Prof Samuel proposes modifying the 'water trigger', which requires the referral and approval of coal seam gas and large coal mining projects that are likely to have significant impacts on water resources.

Promote use of Indigenous knowledge – the interim report concludes that the EPBC Act is not fulfilling its objectives as they relate to the role of Indigenous Australians in protecting and conserving biodiversity and heritage and promoting the respectful use of their knowledge.