Government Response to Samuel Review of the EPBC Act is Pathetic 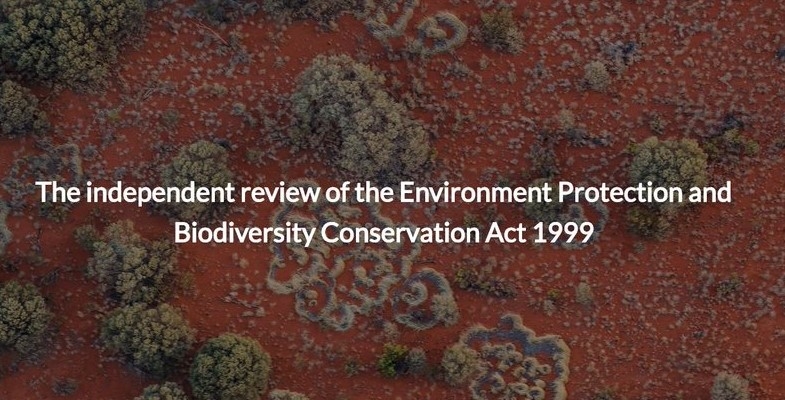 The final report on the review of the federal Environment Protection and Biodiversity Conservation (EPBC) Act headed by Prof Graeme Samuel was released by the Environment Minister, Sussan Ley, in January, 3 months late. The report gives a scathing assessment of the implementation of the current Act. It ‘is not fit for current and future environmental challenges’. Sadly, but not unexpectedly, the government’s response does not provide promise that decisive reform will happen.

The main recommendations are for:

One controversial recommendation is to hand over approval powers to the states but subject to observance of agreed environmental standards. This proposal was included in the interim report released in August.

In response, the government rammed through legislation to implement this proposal. Attempts by independents, such as Zali Steggall, to make amendments for the crucial new standards were ignored. It is now up to the Senate to improve the situation.

The centrepiece of Samuel’s report is the proposed new national environmental standards. These would provide clear grounds for drawing a line in the sand on environmental damage. Any new developments would need to be in places where environmental damage is avoided from the outset, with offsets only available if they’re ecologically feasible and effective. One of the many failings of Australia’s environmental laws is there has never been a point beyond which no further impacts are acceptable. This requires consideration of cumulative impacts in a regional context.

The proposed standards say there should be ‘no net loss’ of vulnerable or endangered species habitat, and ‘no detrimental change’ to listed critical habitat of a species or ecological community. But the data has not been updated for 15 years so who knows what the correct baseline should be.

The proposed standards were leaked on 12 February. According to the Sydney Morning Herald they are no different to the existing clauses in the EPBC Act and obviously don’t meet the recommendations of an independent review. For example:

We hope that the states refuse to accept these standards. Matt Kean has already stated he wants the strongest environmental standards enforced with a strong environmental watchdog.

The federal environment minister can make decisions with little requirement to publicly justify them. They must be open to public and robust scrutiny and explain how their decisions might affect environments and species.

The review report explained the initiatives that are needed and why. Basically, the evidence shows our biodiversity is in dire straits and lip service is being paid to calls for action. Australia has more than 1,900 listed threatened species and ecological communities, and most don’t even have active recovery plans. Ecologists will need to collect, analyse and interpret new, up-to-date data to make biodiversity conservation laws operational for most threatened species.

Many reports have been written about the shortcomings of the Regional Forest Agreements. Currently they do not ensure protection of threatened species and their habitats. Any reforms will be hard fought by the forestry industries and locally affected communities.

… governments should avoid the temptation to cherry pick from a highly interconnected suite of recommendations.

But this is exactly what the Morrison government is doing.