Northern Beaches Tunnel: Is there a better way? 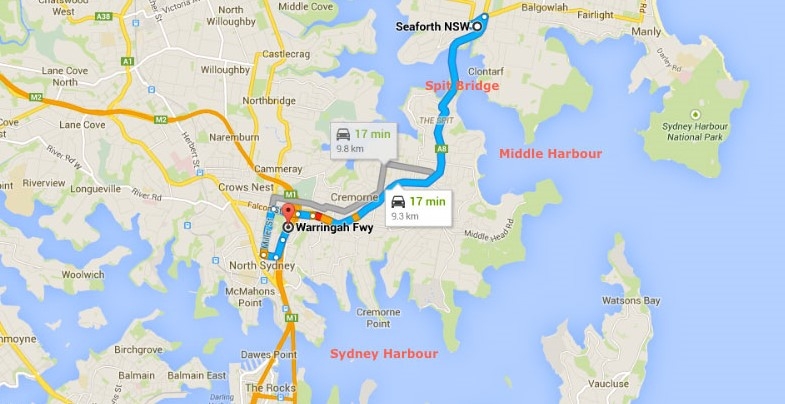 The NSW government is ploughing ahead with plans to build the Northern Beaches tunnel link at great expense estimated at $14 billion. The massive EIS was released in December, just in time for Christmas. Submissions close 1 March. Click below:

The Beaches Link and Gore Hill Freeway Connection project, its full title, comprises a new motorway tunnel connection across Middle Harbour from the Warringah Freeway and Gore Hill Freeway to the Burnt Bridge Creek Deviation at Balgowlah and Wakehurst Parkway at Killarney Heights. The total tunnel length will be 5.6 km.

The crossing of Middle Harbour between Northbridge and Seaforth would involve three lane, twin immersed tube tunnels. The project also includes a surface upgrade of Wakehurst Parkway from Seaforth to Frenchs Forest and upgrade and integration works to connect to the Gore Hill Freeway and Reserve Road at Artarmon (see map at the bottom of the page).

The project will have major impacts on reserves and golf courses that will be used as construction and tunnel dive sites. Filtration vents will be close to schools. Then there will be all the traffic disruption over more than 5 years as the links are constructed and the tunnel waste is removed.

We have changed our ways of living and working in response to the COVID pandemic. As is happening all over Sydney, population increases are planned for the Northern Beaches but how many of these new residents want to commute to the city? Will they work within the northern beaches peninsula or want to travel west via Mona Vale Road?

The increased traffic along the proposed road will spill out near the Northern Beaches Hospital. Then what? Increases in congestion along Warringah and Pittwater Roads no doubt. The project will only encourage more road use as well as many longer term consequences.

There will be increased traffic along Wakehurst Parkway because it will lead directly into the new tunnel. But that road floods frequently. Will there be pressure to extend the widening of the Parkway? Yet this road goes through more high quality bushland.

So do we need to rethink this massive road project? Tolls will have to be increased to help pay for all this. Are there better alternatives? What about boosting public transport instead!

The Willoughby Environment Protection Association has discussed in detail whether public transport options have been given adequate consideration.

Another group, called Viable Transport Solutions has lots of information on their website.

Once again bushland is deemed to be expendable. The Wakehurst Parkway from Seaforth to the Northern Beaches Hospital would be widened to two lanes each way with most of the bushland clearing occurring on the Manly Dam catchment side. Garigal National Park on the west side will also be affected, especially during construction. Could there be a viable alternative of extending the tunnels to reduce the damage to the bushland?

The current proposal entails the clearing of 15.44 hectares of native vegetation, much of which is threatened species habitat, adjoining Manly Warringah War Memorial Park that protects the waters of Manly Dam. This includes about 2,000 mature trees.

1.38 hectares is consistent with the Duffys Forest Ecological Community in the Sydney Basin Bioregion (listed as endangered under the Biodiversity Conservation Act). A large area of Duffys Forest was also removed for the road widening around the Northern Beaches Hospital. More cumulative impact being ignored!

Overhead ladders and some tunnels will be built to provide wildlife corridors across the Wakehurst Parkway. Funding will be needed to observe their effectiveness.

The EIS says biodiversity offsets for native vegetation would be provided for the project. Of course they can never make up for what will be lost. Where can suitable offsets come from? They can’t be in national parks.

The list of other negative environmental impacts is long; for example, pollution entering water courses and groundwater that will affect water quality in Manly Dam, Aboriginal heritage along the Engraving Track, air pollution from traffic and tunnel emissions. 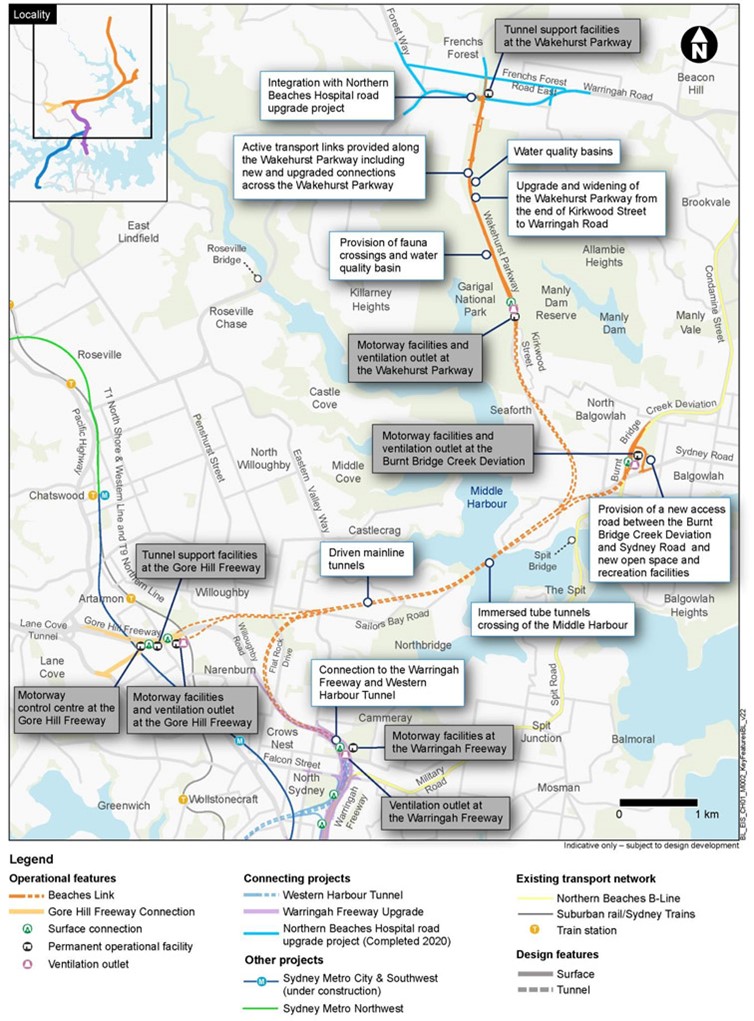 Tweet
Published in STEP Matters 209
Tagged under
back to top