Opposition to Synthetic Turf is Growing 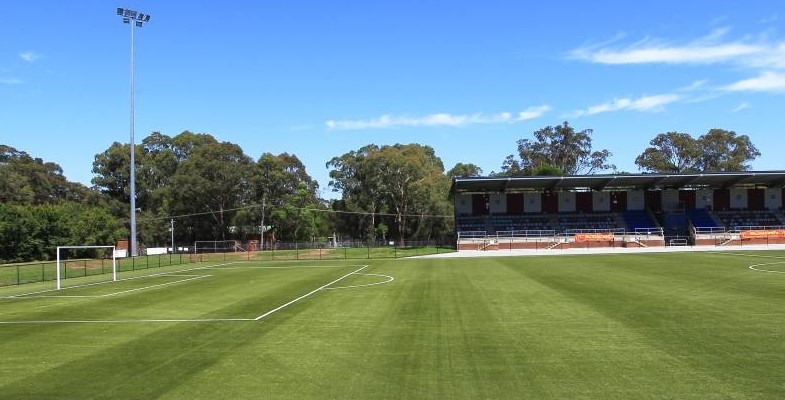 In the November 2020 issue of STEP Matters we outlined the current issues with proposals to install synthetic turf on Barra Brui Oval and Norman Griffiths Oval in West Pymble. There are some local issues relating to these fields but the use of synthetic turf has grown into a major concern all over Sydney.

Ultimately Ku-ring-gai Council decided not to proceed at Barra Brui. At their meeting on 30 June 2020, it was resolved to carry out preliminary design studies but they have not yet been seen. At the March 2021 meeting it was decided that there was insufficient parking space for this field to become the planned major hockey centre for northern Sydney; alternative venues are being assessed but may be hard to find.

Ku-ring-gai Council is proceeding with the detailed planning for the installation of synthetic turf at Norman Griffiths Oval. A community reference group was established, including representatives from the soccer club, local bushcarers, local residents and STEP. We hope to get details of the construction process and drainage measures.

We are concerned about the design of the field. The level of the field will be 0.5 m higher than its current level. At this stage, cork is to be used as the infill product rather than tyre crumb. Fencing will be required to maintain the higher surface. Will fencing limit the use of the field for the local community for informal sports and dog walking?

Major reworking of the drainage system is required as the field is a stormwater detention basin and Quarry Creek flows under the existing field then flows into the Lane Cove River.

The impact of these works on the Sydney Turpentine Ironbark Forest and other native vegetation surrounding the field and Quarry Creek, is unknown.

Many other councils are at various stages of planning to install synthetic turf and there is strong opposition from local communities. Some contentious projects are:

Opposition to installation of synthetic turf is becoming stronger as evidence is shared by groups all over Sydney about environmental and health impacts.

The NSW government is also aware of the issue. In March Planning Minister Rob Stokes asked his department to investigate sustainable alternatives to synthetic turf amid growing concerns about its impacts, saying:

I am sufficiently concerned about the environmental impacts ... and will ask the Department to examine what alternative technologies or techniques exist to maximise the use of community sporting facilities without hurting our environment.

Reasons for the demand for use of synthetic turf

A study prepared for the Northern Sydney Regional Organisation of Councils predicted that councils will need to increase the capacity of sportsgrounds by over 40% up to 2036 (through a range of initiatives and new facilities) to cope with existing and future population growth.

Local councils in northern Sydney have strategies to install synthetic turf in a number of existing playing fields. The argued benefits include that these fields are not affected by weather, both wet and dry, and can be used for many more hours than natural grass fields, particularly in winter.

With population growth there is increasing demand for playing fields, particularly for organised sports like soccer. If organised sport were concentrated on fields with synthetic turf, then other fields would be available for other sports and informal recreation. It is also argued that synthetic turf, once installed is cheaper to maintain than grass.

The planning legislation (Part V of the Planning Act) facilitates the installation of synthetic turf as councils can proceed without public consultation provided the council satisfies themselves that the environmental impacts are not significant or can be mitigated. Government has been offering grants in association with soccer clubs, who, naturally, are all in favour of the prospects of much improved facilities.

Many of the council strategies were developed several years ago before experience in the use of synthetic turf fields identified several issues.

David Shoebridge, the Green Upper House MP organised a webinar on 22 April that provided insights into the latest research and experience in the use of synthetic turf.

When the air temperature is over about 30ºC, the surfaces become excessively hot (over 60ºC) making the field unusable. In winter this may not be an issue but fields should be usable for other sports such as cricket and general recreation.

Tyre crumbs are widely used as infill to stop the grass blades flattening and these leach heavy metals that are harmful, particularly for children.

The plastic grass fragments and tyre crumb can end up in waterways unless carefully filtered. The crumb infill, which washes out from the field, has to be regularly replaced. New research by the Australian Microplastic Assessment Project with Northern Beaches Council, funded by NSW’s Environment Protection Authority, has found in areas with synthetic turf fields, 80% of the waste entering stormwater drains was black crumb and microplastics from synthetic turf. In areas without these playing fields this is only 5%.

In addition to particles coming off the field, chemicals which are required to clean the field, require treatment.

The proponents of synthetic turf argue that the product is a good way of reducing waste from old tyres going to landfill.  But after about ten years the turf needs to be replaced and so the tyre waste it ends up in landfill anyway and is more difficult to recycle as it is mixed up with plastic.

Many fields have been built on flood-prone land that was unsuitable for housing development. With synthetic turf additional drainage measures are required to control extra water that flows from the hard surface that cannot soak into natural ground.

The use of synthetic turf will lead to loss of natural areas that provide foraging area for birds and space for soil organisms.

Is there a better alternative?

The webinar organised by David Shoebridge included case studies where playing fields with natural grass have been upgraded using composted soil and appropriate grass species. These fields have proven to be more cost effective over a 20-year life cycle than a synthetic surface.

For example, the fields on Middle Head withstood a high level of usage over winter and remained in good condition. Also, the soccer players gave very positive feedback when comparing the playing experience with the synthetic surface.

Large amounts of green waste are composted and it is argued that using anerobic processes reduces the emissions of methane from land fill. Currently compost producers are having trouble finding buyers of this product.

If you have concerns about synthetic turf, please let your local MP and councillors know.