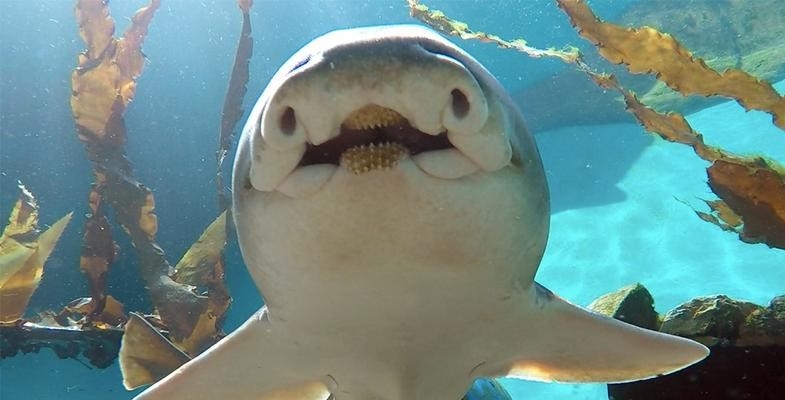 Arguably there are fewer animals in the world that are feared more than sharks. But the reality is that they pose little threat to humans. Our innate fear of them is heightened by a potent mix of Hollywood portrayal and media hype. The vast majority of the 1,050+ shark and rays in the world pose no risk what-so-ever, many of them are benthic, don’t have pointy teeth and will never interact with humans. But they are all tarred by the same brush.

The top three ‘killers’ (white sharks, bull sharks and tiger sharks) collectively kill around one person per annum in Australia according to the Shark Attack File maintained by Taronga Zoo. More people are killed by bees or horses than are killed by sharks. Far more people are killed by falling branches. So, we really need to take a reality check on the risk sharks pose to humans. More importantly, we need to be sure our shark management policies are driven by scientific reality rather than irrational fear. Shark management policy need not be a hyper-political issue, the numbers simply don’t warrant the attention they get let alone the budget expenditure.

Sharks are grossly misunderstood. Unlike crocodiles, sharks do not eat people. They are naturally inquisitive and tend to explore the world with their mouths. Unfortunately, if a white shark takes an interest in a person in the water, the exploratory bite can be fatal.

Of the 28 or so encounters each year, on average one is fatal (ca 5%). The injured person will likely die from blood loss if they do not get immediate medical assistance. The key to saving lives is to stem the bleeding as quickly as possible. This means that while the number of encounters each year remains much the same, the number of fatalities can vary, largely due to luck; Where on the body was the person bitten, how far from shore are they, how quickly does help arrive, can the blood flow be stopped? Most years we have no fatalities, but some years there are several. 2020 was particularly bad with eight fatalities; the highest recorded for 90 years.

Sadly, our misplaced fear of sharks means that our ability to conserve and appropriately manage them is hindered by our prejudice against them.

Many sharks are at risk of extinction

The IUCN suggests that a quarter of all sharks and ray species in the world are at risk of extinction. They are among the most threatened group of animals in the world.

The main reason sharks and rays are so vulnerable to anthropogenic impacts is that they have slow life history traits: They live for a long time, take a long time to reach maturity, have few young each year, often skip breeding season and have long gestation times (many are longer than humans). Collectively this means that their reproduction capacity is very low and they simply can’t rebound from impacts quickly enough.

Netting does not only kill sharks

Apart from overfishing (ca 50 million sharks are killed by the fin trade each year alone), the next greatest threat to many shark species is ‘shark control’. Many state governments have bather protection programs that involve a mix of management strategies. Sadly, many of them are lethal to sharks and other collateral species. Perhaps the most widely used and grossly inappropriate management action is shark netting. Contrary to popular belief, shark nets are simply a fish net suspended in the ocean off popular beaches. They do not act as a barrier, rather they catch animals indiscriminately.

Data from the 2017 shark netting program in NSW showed that not a single target shark (white, tiger or bull) was captured but 65 other animals were, including endangered species such as turtles, hammerhead sharks, grey nurse sharks and devil rays. 77% of the animals where dead by the time the nets were checked. Data from the 2019–20 season were much the same but on a larger scale. 480 animals ensnared, 90% of them non-target species, 284 of them dead, including dolphins.

These shocking statistics has led to wide-spread criticism of this program and many local councils are announcing bans on shark nets on their beaches. Of course, it’s likely that all these dead animals stuck in the nets actually attract sharks, many of whom are happy to take a free lunch.

Drum lines are another management approach. These are effectively hooks with bait on the end and of course they are equally indiscriminate. Some have argued that the baits actually attract sharks rather than deter them. The trouble with this system is that someone has to physically check the hooks. Often by the time they are checked, whatever has been caught has long since died. This may further attract sharks to the area.

There has been a shift towards ‘smart drum lines’ which are basically the same thing as a regular drum line, but they are fitted with an alarm. When an animal is hooked, the alarm goes off and prompts someone to check the line. This does improve the likelihood that the animal will survive the encounter.

What happens to the shark that is caught by drum lines is also controversial. In some instances, if the animal is a target species, it is simply shot. In other cases, it is moved offshore and released (with or without a tag). The trouble with both approaches is that many of these target species, particularly tigers and white sharks, move incredible distances and are mostly unpredictable. So, moving a shark offshore is only a short-term benefit from a swimmer safety perspective, till that shark or another one swims back again. Because these animals literally roam the ocean, shooting or removing sharks has no locally discernible impact either on shark numbers or shark bite statistics. In other words, it’s largely a political stunt that has no basis in science. The only benefit is that if the shark is tagged, that data makes a contribution to our understanding of shark movements and behaviour.

There are smarter alternatives

We already have the capacity for more common-sense approaches to managing human-shark relationships. Part of the solution is education. People need to realise the risk is small, but exists none-the-less. We need to take responsibility for our behaviour and the decisions we make. A shark is just being a shark when it bites a person, they are not being malicious. We humans are entering their environment and we need to be respectful.

A useful comparison is our laws regarding jay-walking. It’s illegal to randomly walk across a busy road or highway within 20 m of a pedestrian crossing because it’s dangerous; You could be killed by a car. If an incident does happen, its largely the pedestrian’s fault not the driver’s. The same common sense applies with entering the ocean; there are risks and if you get bitten by a shark, it’s not the shark’s fault.

Our understanding of shark behaviour also means that we can be a little smarter about when and where we go swimming. Dawn and dusk are periods of high shark activity, thus the risk at these times is slightly elevated. Obviously, one should not swim close to seal colonies, or near big schools of fish. River mouths after rainfall event should also be avoided. Swim with a buddy and tell people when and where you are going.

Drones are a better idea

New technology is also coming to our aid. Busy beaches can be monitored by drones. Drones connected to blimp-like balloons can stay afloat for long periods of time. They can stream images direct to a ground station and artificial intelligence can identify and track sharks in real time. Bathers can be warned that a shark is in the area and they should leave the water. We would be far better investing in this kind of approach than continually wasting time (and lives) on shark nets and drum lines that just don’t work.

Using our smarts and taking responsibility for our actions will go a long way towards harmonious human shark relations.

Prof Culum Brown gave us a fascinating talk about his research into shark behaviour. He has kindly sent us a summary of his talk

Tweet
Published in STEP Matters 210
Tagged under
back to top