Delays in Mirvac's Development Plans for the IBM Site 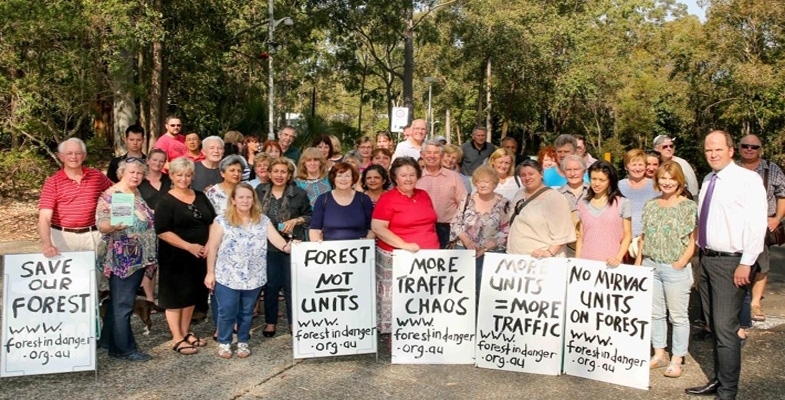 We haven’t heard much lately about Mirvac’s planned development on the IBM site in West Pennant Hills next to the Cumberland State Forest. You may recall that last June the NSW government ‘fast tracked’ the rezoning of the land that would enable the development of 600 apartments to proceed and, in theory, provide jobs to stimulate the post COVID-19 recovery. This decision ignored the strong community and local council objections that include overdevelopment, destruction of critically endangered vegetation communities and loss of forest habitat for the Powerful Owl and other endangered species.

Mirvac has initiated the next stage of the development process by submitting an application for the demolition of the existing buildings on the site and clearing of vegetation in the development area. This would involve the removal of 1253 trees. The application will go before a Planning Panel on 21 July.

Local community groups have objected strongly to the removal of so many trees including about 450 that are essential components of two critically endangered ecological communities. These communities, Blue Gum High Forest and Sydney Turpentine Ironbark Forest, have the same classification under the Commonwealth Environment Protection and Biodiversity Conservation (EPBC) Act as the NSW threatened species legislation.

Under the EPBC Act clearing of this extent of critically endangered vegetation could be deemed to be a matter of national environmental significance. The planned clearing should therefore be referred to the Federal Environment Minister to decide whether the proposal should be subject to assessment. Assessment can lead to approval, refusal or conditions of approval.

It is understood that the Mirvac has not done this referral, arguing that the trees were planted as part of the landscaped gardens when the IBM corporate park was established and cannot be classed as natural forest relevant to the EPBC Act. However, the community groups Forest in Danger and West Pennant Hills Valley Progress Association (WPHVPA) have been successful in obtaining further documentation dating back to the original development plans that indicate that the trees are regrowth from remnant bushland and therefore come under the Act.

A threatened species assessment of significance by an independent ecologist has confirmed that the vegetation within the demolition meets the definition of a critically endangered ecological community.

The Nature Conservation Council, the peak body for conservation groups in NSW, supports this action and has written to the Federal Environment Minister, the Hon Sussan Ley, asking that she intervenes so the proposal is assessed under the EPBC Act.

This issue appears to be holding up Mirvac’s planning process. A concept masterplan for the apartment development was planned for earlier this year.