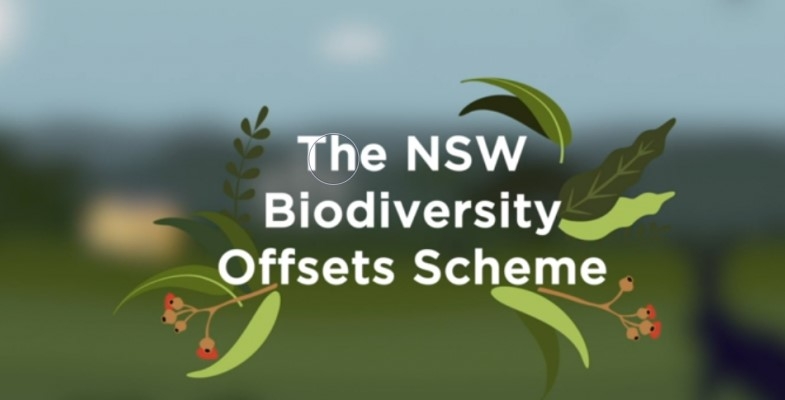 In Issue 191 we wrote about our concerns about the effectiveness of the Biodiversity Offsets Scheme (BOS) to be established under the NSW Biodiversity Conservation Act. We wrote:

Implementing the BOS will in fact add extinction pressures to the very species and ecological communities it is supposed to protect by facilitating the more rapid and widespread destruction of threatened species habitat across NSW.

NSW has had several offset schemes since 2005. The principle behind the schemes is that, if a development requires the destruction of native vegetation and habitat then other land must be protected and/or restored to offset this loss on a ‘no net loss’ basis. The fundamental problem with this idea is that vegetation on the development site will still be lost. In theory offset land will be improved to make up for the loss but it is impossible to restore another piece of land to match habitat effectively. To make matters worse the BOS has several compromises that go against the like for like principle.

Not only are there concerns about the principles of the scheme but now there are some recent examples of promised offsets that are not delivered. Guardian Australia reported in February that:

More recently there are questionable transactions whereby landowners have made windfall gains over a short space of time. A Guardian investigation (published 25 June 2021) uncovered tens of millions of dollars in offset credits purchased by the state and federal governments from properties linked to consultants whose company advised the government on development in western Sydney.

Some of these transactions have been referred by the Transport Department to ICAC for investigation. The NSW auditor general has also fast-tracked a planned review of the scheme.

Now experience in the use of environmental offsets to compensate for habitat destruction caused by major developments will be examined by a NSW Upper House inquiry.

The inquiry was self-referred by the environment and planning committee with backing from the Greens, Labor and the Animal Justice party.

Tweet
Published in STEP Matters 211
Tagged under
back to top