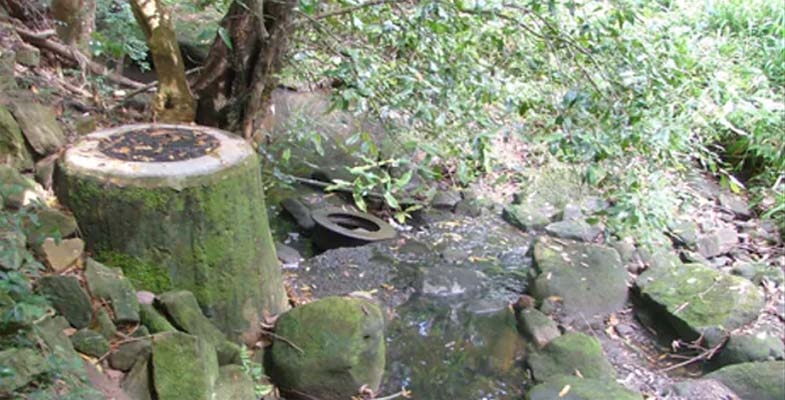 My concern is that weeds occur along all land that has been disturbed in otherwise pristine bushland areas. These are unsightly and continually invasive.

For example, the sewer lines constructed through Sydney in the 1950s and 60s have much unfinished business in bushland areas where the mains have been constructed.

Sydney Water, and before it, the Sydney Water Board never finished the environmental work of restoring the iconic bushland of the Sydney Basin; all part of the world-renown Sydney Bioregion. Custodial responsibility means carrying out work to ensure that environmental repairs are undertaken in a timely manner to sustain ecological integrity.

More than 20 years ago Sydney Water played an important and effective role in the active catchment management committees (CMCs) which were set up by the NSW Government. I know this because I was deputy chair of the Lane Cove River CMC. CMCs and CMAs were set up as a consequence of concerns from my then local MP, who was The Hon Tim Moore.

It is even more important in present times that these matters of concern then be reactivated. CMCs need to be reactivated and incorporate members of all government entities implicated. Untreated weed outbreaks do not disappear over time; they tend to exacerbate. This also means energy authorities, such as Ausgrid and the Roads and Maritime Services.

My recent walks in the Lane Cove National Park attest to this. Roads and Maritime Services are apparently doing nothing in the area around de Burghs Bridge and the former bridge.

All public authorities who do construction work through bushland must be held environmentally responsible for ensuring regeneration work in the areas disturbed; or previously disturbed, until they again become ecologically stable.

As a former teacher of bush regeneration at TAFE, it is clear to me that there are on-going responsibilities that have not been addressed. All these major service providers have the capacity to pay. There is no excuse for walking away from land management obligations. Especially in pristine natural bush. This applies to all areas that have had physical disturbance and on-going access by vehicles that carry weeds in their tyre treads, etc.

Such environmental work should not be left to the National Parks and Wildlife Service to do the ‘cleaning-up’.

Please inform me of the present status of environmental responsibility within Sydney Water, energy authorities and Roads and Maritime Services, especially with regard to assessment, action and monitoring, until an ecologically functional and stable state is reached and maintained over time.

I realise this will require a whole new approach and will require service providers to environmentally Care for Country. It must be done together with local government.

However, it MUST be done.

This is a letter sent to the Minister for the Environment, Matt Kean, by Janet Fairlie-Cuninghame. Janet is highlighting a problem that is very evident when walking along creek lines. We hope she receives a constructive response. National Parks staff have a huge job to do currently with so many people using national parks for recreation. This is also an expensive issue for local councils.