Is the Emissions Reduction Fund meeting its objectives? 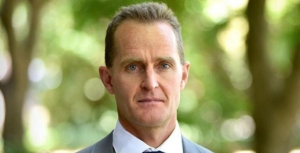 The Emissions Reduction Fund (ERF) is a voluntary scheme, administered by the Australian government’s Clean Energy Regulator. It aims to provide options or incentives for a range of organisations and individuals to adopt schemes to reduce their emissions. These schemes can earn Australian carbon credit units (ACCUs) for emissions reductions. One ACCU is earned for each tonne of carbon dioxide equivalent (tCO2-e) stored or avoided by a project. ACCUs can be sold to generate income to the government through a carbon abatement contract.

The market was extended recently when the government changed the rules so that holders of ACCUs may sell them in the secondary market. Strong demand has increased their value markedly. The government no longer needs to pay for these ACCUs. The 2022 budget reveals that the commitment has reduced by $2 billion.

There is a plethora of potential emission reduction projects (currently 38) supported by the scheme such as upgrading building lighting to LEDs, landfill gas capture, sequestration through growing trees or soil carbon improvement. The government’s website shows how very complicated the scheme is. Each type of project has supporting documents outlining the ACCU calculation methods and reporting requirements. ACCUs are not earned up front.

Successive government budgets since 2014 have included allocations to the ERF that now totals $4.4 billion. Payments are made as the emission reduction is deemed to have been achieved in accordance with the contract that has a fixed time frame of 5 to 10 years depending on the type of project. For a project based on growing trees the ACCUs accrue over 15 years but the forest has to be maintained for 25 or 100 years. The calculation of carbon stored includes a big range of adjustment factors that are too detailed to go into here.

STEP Matters 188 reported on the standards that the scheme needs to follow in order to actually achieve carbon emission reductions:

The current government’s plan for net zero by 2050 claims that emissions can be reduced by 10 to 20% of 2005 levels using permanent offsets such as storing carbon in soils and vegetation and projects in Asian-Pacific neighbours. The overseas projects would come under the United Nations Clean Development Mechanism that is part of the Kyoto Protocol.

However there is already an increasing demand for offsets:

Apart from the ERF there are many private carbon offset providers such as Greenfleet – they sell carbon credits to companies or individuals. They are matched with tree planting to offset a company’s emissions or from one-off events such as aeroplane flights.

There has been much media publicity recently questioning the integrity of some aspects of the ERF. It is contended that billions of taxpayer dollars are being wasted on projects that are not actually achieving meaningful emission reductions.

The details of the shortcomings of the scheme have been exposed by Professor Andrew Macintosh. From 2013 to 2020 he was chair of the Emissions Reduction Assurance Committee that was set up to advise on the integrity standards for the ERF. He was principal author of the review into the scheme in 2019. The review discovered loopholes in the standards. The government has resisted fixing the problems.

There are three main schemes where the accounting for emissions is of concern.

Advice to the government from the integrity committee was that these projects should not receive any more carbon credits. The response from Minister Angus Taylor was to allow them to get another five years’ worth of credits.

The Coalition government’s mantra for addressing climate change is with technology not taxes but it is failing to support technology in a meaningful way. It is still fixated with the use of fossil fuels. The effective solution to climate change is to invest in roll out of renewable energy sources and storage. Instead, the Coalition government is increasing funding towards gas production with the idea that unproven carbon capture and storage (CCS) will help reduce emissions. Much of this gas is intended to support the production of hydrogen for export to our Asian neighbours.

There have been more announcements of funding ($1.3 billion) for CCS technology that, in theory, will be used to produce low-emissions steel and hydrogen fuel. Australia’s only operating CCS project at the Gorgon gas field of WA has been a failure so far. If successful, CCS may reduce emissions but it uses a lot of energy in the process and is expensive. Many other countries are advancing hydrogen production technologies. It may become a very competitive market.

The budget papers have revealed the impact of a decision by the Energy and Emissions Reduction Minister, Angus Taylor, to allow holder of ACCUs to sell their entitlements to payments from the ERF on to the more lucrative private voluntary market. This will contribute to a $2 billion improvement in the budget bottom line over the next four years.

The Budget estimates $5 billion will be needed over the next two years for support measures for flood affected communities, as well as clean up, mental health and temporary accommodation measures. This will be funded equally by the federal and state governments. The cost of extreme weather events over the past two years have demonstrated that we need to plan for adaptation and well as reducing emissions. There is still no concrete plan and funding from the government.

Offsets are not a panacea for reaching net zero by 2050

Carbon offsets can provide false assurance that we need not change the way we live but the demand will ultimately be impossible to meet.

A report by Oxfam, Tightening the Net, published in August 2021, provides a global perspective on the unrealistic expectations of companies and countries for carbon offsets to solve their net zero ambitions.

One-fifth of the world’s 2,000 largest publicly-listed corporations now have ‘net-zero’ goals that are dependent upon land-based carbon sinks.

There is simply not enough land on Earth to soak up corporate greenhouse gas emissions. Oxfam estimates that the land required to meet carbon removal plans by businesses could amount to five times the size of India – more than the entire area of farmland on the planet. And much of it rightfully belongs to indigenous and other local people, who in many cases have not given their consent. This process has a name: carbon colonialism.