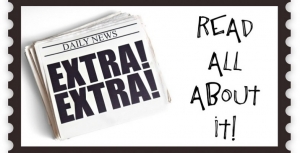 At the Nature Conservation Council annual conference Environment and Energy Minister Matt Kean was positive in his support for some of the environment objectives of the member groups. We just hope that he can have enough authority in cabinet. He wants to increase the land in national parks by 200,000 ha and has funding to do this. Already 64,000 ha has been added with most of it in north-west NSW near Broken Hill. He recently announced that Radiata Plateau will be purchased for addition to the Blue Mountains National Park. This is a major win for the Blue Mountains Conservation Society that has been lobbying for this addition for years. There has been virtually no declaration of new national park land since 2011 under the previous Liberal environment ministers.

He suggested we approach our local MPs or councils to nominate suitable pieces of land in our local areas to be added to the portfolio of protected lands. He indicated that unprotected land in Byles Creek Valley should be on the list.

At the NCC conference Matt Kean stated that he wanted NSW to lead the nation in achieving the goal of zero greenhouse emissions by 2050 and he would be setting interim targets. There was no detail on the policies that would aim to achieve these targets but the time available for his speech was short. The adoption of this policy could be problematic with the current refusal by the Deputy Premier, John Barilaro to talk about climate change while the bushfires are burning. Surely this is the appropriate time.

In a landmark decision in September the Independent Planning Commission (IPC) knocked back an application by Kepco Ltd for a new coal mine in the Bylong Valley. The IPC is the statutory agency responsible for making arm's-length decisions on state-significant development.

The IPC based its refusal on environmental impacts other than climate change, including impacts of the project on strategic agricultural land, groundwater and Aboriginal cultural heritage. However, the IPC found the project's contribution to global greenhouse gas emissions was a factor that needed to be considered in its assessment, and placed weight on Kepco’s failure to propose any offset measures.

The IPC drew its decision on the principles established by the NSW Land and Environment Court in February regarding the assessment of cumulative greenhouse gas impacts in its decision concerning the Rocky Hill project near Gloucester. This project was for a new coking coal mine. The decision must be viewed in context, with the court stating it would have refused this particular mine anyway for other reasons, such as inconsistency with other land uses, amenity impacts (noise, dust), visual intrusion and social impacts of the mine. However the decision did state that the court had regard to, not only the direct emissions of the mining activities, but also the 'scope 3' indirect emissions, being the greenhouse gas emissions associated with third-party burning of the coal (which make up the vast majority of emissions associated with the coal).

Both these decisions have given great heart to people concerned about climate change and wanting to see Australia reducing its reliance on the coal mining industry.

Now we are shocked to learn that the NSW government is undertaking a snap review of the IPC saying that the reason for the review was another decision that didn’t follow due process. Terms of reference for the review, which will be overseen by NSW Productivity Commissioner Peter Achterstraat, include ‘whether it is in the public interest to maintain an Independent Planning Commission’, and whether changes should be made to the thresholds for referring matters to the IPC. The Minerals Council has launched a campaign against the IPC.

If the IPC is scrapped these decisions would be made by the planning minister and transparency would be lost. Submissions are now closed and the Productivity Commission’s report is due by mid-December.

The right to protest is being attacked at the state and federal level.

The NSW government has passed its Right to Farm Bill and it will come into force early 2020, it will almost quadruple the penalty for ‘aggravated unlawful entry on inclosed lands’ from $5,500 to $22,000 and add a three-year prison term for people who merely ‘hinder’ a business while trespassing. The government claims this law is needed to protect farmers from ‘dangerous’ protesters but this protection already exists. The way the bill is drafted it would have ramifications for all protests on ‘inclosed lands’ such as protests against coal seam gas projects and forest destruction.

Now Scott Morrison wants to get in on the act with a ridiculous suggestion that environment activists should be outlawed from lobbying against businesses that are providing services to the mining industry such as banks and insurers. He said the government is ‘working to identify mechanisms that can successfully outlaw these indulgent and selfish practices’.

The idea has been roundly condemned by human rights lawyers and business among others as unlawful as well impossible to implement. It is a threat to freedom of speech.