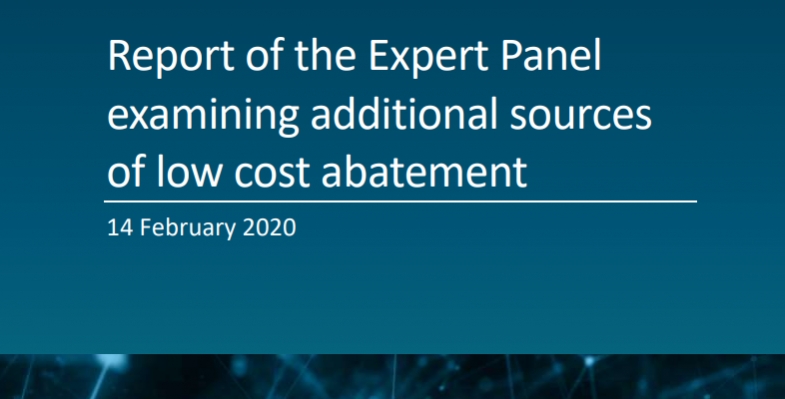 The Coalition government just does not get it! Scott Morrison has stated in relation to the COVID-19 response that:

What we do in the next five years will determine the next thirty.

With the need to boost the economy and respond to the climate change risks demonstrated by ‘black summer’, one would think that climate change policies that will set a pathway to zero emissions by 2050 would be front of mind. We need long-term job creating strategies that demonstrate a clear trajectory towards a goal matching our Paris agreement commitments.

There are three reports and consultations over the past three months all of which have been dominated by fossil fuel industry interests:

All these actions are geared to allowing the market to control the implementation of the changes with some government support. Therefore, there is no overriding mechanism to ensure that Australia can be on a track that will lead to the goal of zero emissions by 2050. This goal can only be achieved if the fossil fuelled electricity generation is closed down progressively and replaced by renewable energy and storage mechanisms. Major changes are needed to other major sectors such as transport. The demand side of the equation that would reduce energy use needs to be addressed in a structured way.

It is clear that moving away from fossil fuels is not going to be actively managed. It will be up to consumers and business to take the initiative. The level of frustration of all sectors of the community was demonstrated in May when a cross section of peak organisations representing business, unions and charities sent a letter to the cabinet, energy ministers and the NCCC calling for rebuilding of a sustainable economy including measures to cut emissions and accelerate a transition to clean energy across all regions and economic sectors, and recommend a focus on fixing inefficient homes and commercial buildings.

Instead government rhetoric is emphasising:

The King report recommended that a new abatement category be created under the Emissions Reduction Fund (ERF) for carbon capture and storage. The ERF has thus far been focussing on carbon farming and projects that increase energy efficiency. Australian governments have already spent over a billion dollars into carbon capture projects and technologies but there has been virtually nothing to show for it. Even if it works – which it very rarely does – CCS is extremely expensive and cannot deliver zero emissions. It cannot compete with the reducing cost of wind and solar. CCS paired with fossil fuels (so called ‘clean coal’) is simply an attempt to prolong the life of ageing, polluting fossil fuels in our energy system.

A draft report from the NCCC recommended that billions of public dollars be spent on increasing gas use by building new gas pipelines and underwriting of supply projects. They called for scrapping of state bans on coal seam gas as well as ‘green and red tape’ on gas development, including a relaxation of Australian standards for equipment used in gas infrastructure and a loosening of environmental regulations and approval processes under the EPBC Act.

The use of gas may be less carbon intensive for electricity generation but the production of gas is another matter. Fugitive emissions from the extraction, processing and export of gas (the liquification process) have been the main driver behind Australia’s emissions staying so high. A large part of the gas industry is geared to exports where prices are very volatile. The Climate Council has reported in detail on the reasons to steer clear of gas expansion.

The fracking process to produce coal seam gas is a major concern as it uses vast amounts of water, mostly drawn from the Great Artesian Basin, and converts it into similar amounts of salty water that may leach into groundwater, farmland and ecosystems. The Santos Pilliga Forest project is a prime example.

The use of gas for electricity generation instead of coal does not reduce emissions significantly compared with renewable sources, even with battery backup. Investing further in gas risks locking in huge investment losses, stranded assets and environmental harm.

When the term ‘hydrogen’ is used in the energy sector, it refers to a simple molecule of two hydrogen atoms: H2. Creating hydrogen uses a lot of energy, and splitting it apart releases that energy again. This means that generating hydrogen, then using it, works a little like charging and discharging a battery.

While hydrogen is unlikely to outperform a conventional battery in the near future, there is huge potential for hydrogen to replace fossil fuels in areas that are difficult or impossible to address in other ways, like steel-making and long-range transport. Hydrogen can be used in many other sectors as well, from fertiliser production to simple energy storage.

Hydrogen can be created via a number of different methods. In the near future the most feasible means is using gas. Just one type of hydrogen – so-called ‘green hydrogen’ – which is hydrogen generated through renewable energy, is capable of playing a role in our zero emissions future.

Hydrogen shows great promise for low carbon industrial development and Australia’s energy exports but it will take time for the technology to be developed.