Good News Regarding the Mirvac Decision 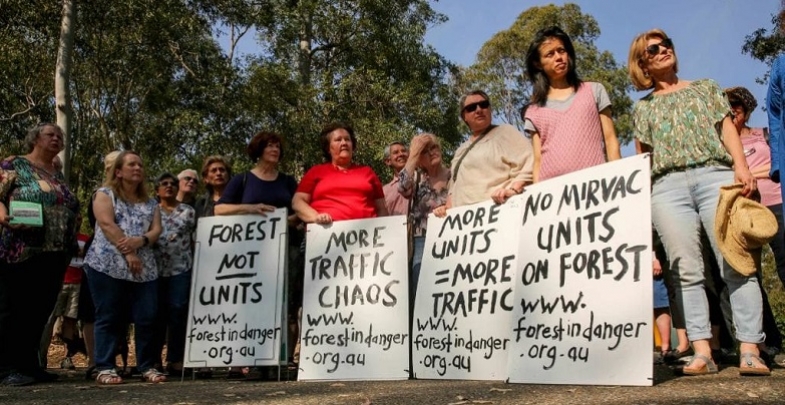 We have written several times about Mirvac’s proposal to develop the land at 55 Coonara Ave, West Pennant Hills that contains the old IBM corporate headquarters plus a large area of forest. IBM sold the site to Mirvac in 2010 but stayed on as a tenant until September this year. Mirvac’s proposal was for the development of a 600 dwelling complex that would result in the loss of many mature trees including Blue Gum High Forest and Sydney Turpentine Ironbark Forest. The future responsibility for management of a large forested area below the new housing areas was left unknown.

In order for the development to proceed the Hills Council needed to vote in favour of the rezoning of the land from its current classification as a business park to various residential zonings plus an E2 zoning for the forest. The vote was due to be held at the council meeting on 26 November. Naturally the council was recommending approval.

The local community has been objecting to the development for over two years. Many meetings have been held and large numbers have sent submissions and signed petitions. When the item was placed on the meeting agenda the community united again to remind the councillors of their opposition with over 4,000 submissions.

The Forest in Danger group was overjoyed to learn that council voted against the proposal. It was a tied vote of six all with Mayor Michelle Byrne using her casting vote to refuse the proposal.

Councillors who spoke against the proposal expressed the arguments that:

A couple of councillors put in a last-ditch attempt to submit a rescission motion but this was soon seen to be very bad form so the council decision stands. Who knows what Mirvac will do next?