Development of a Plastic Waste Strategy 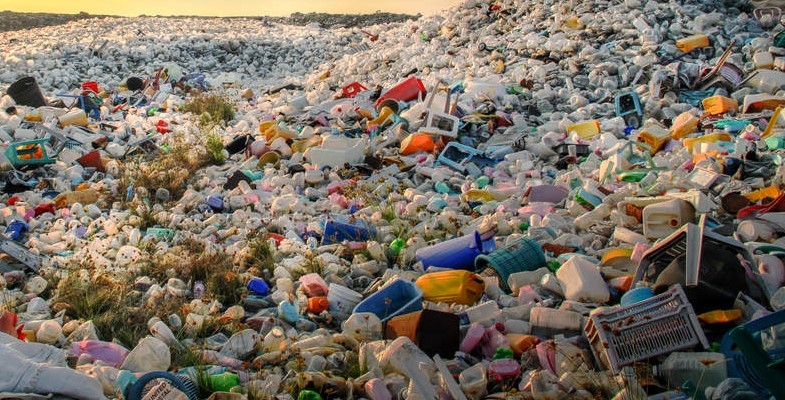 China decided two years ago to ban the importof plastics for recycling and several SE Asian countries have limited imports. This has forced governments to think of new ways of dealing with the growing pile of plastic waste. The mindset of out-of-sight-out-of-mind has to change.

According to the National Waste Report 2018 by Blue Environment Pty Ltd, prepared for the Department of Environment and Energy in 2016–17, Australia generated an estimated 54 million tonnes (Mt) of waste including:

Although waste per person is going down, Australia’s population is growing so more volume is being generated.

Recycling rates are highest for metal: 90% is successfully reused (mostly overseas). Masonry materials have a recycling rate of 72%, followed by paper and cardboard (60%), glass (57%), organics (52%) and hazardous waste (27%).

The report makes a telling point about the lack of recycling of mobile phones and computers:

Some toxic metals, such as cadmium and cobalt, and rare and precious metals, such as gold and palladium, are still being landfilled in composite material products such as electronic waste. The tonnages are low but the potential environmental impacts and value of the lost resources are high.

In August a meeting of environment ministers agreed to a ban on the export of waste glass, plastic, paper and tyres that will be phased in from mid-2020 after they agreed to a timetable for changes in the way Australia deals with recyclable material. The export of waste glass will be banned by July 2020, followed by mixed plastics by July 2021, whole tyres by December 2021 and all remaining waste products, including paper and cardboard, by no later than mid-2022. It has finally been recognised that we should be responsible for our waste generation and it is a resource that is valuable.

The most difficult issue is plastics. A National Plastics Summit was held on 2 March with 200 participants from government, industry and the community.

Several manufacturers made pledges to introduce new measures to reduce or reuse plastic. Most significant was the pledge by the Pact Group, the largest manufacturer of rigid plastic packaging in Australasia, to invest $500 million in research and facilities to include 30% recycled content in their products by 2025 and keep 2 billion plastic containers out of landfill. McDonalds pledged to phase our plastic cutlery and straws by the end of 2020.

New technologies are being developed all the time so hopefully we won’t resort to the huge waste to energy incineration plant in Eastern Creek in western Sydney that has yet to be approved. The application for approval was refused in 2018 based on advice from the EPA, NSW Health and the independent experts that the air quality impacts and risk to human health of the proposal are unknown.

One example of new technologies that has huge potential was profiled on ABC’s 7.30 Report.

The patented Catalytic Hydrothermal Reactor (Cat-HTR) technology is a circular solution to problem plastic. The Cat-HTR is able to chemically recycle mixed plastics without separating different plastic types, including end-of-life plastic that would otherwise be sent to landfill, incineration or end up in our oceans. The oil created from the process can be refined into fuels and chemicals, including the chemicals to make new plastics.

There is a pilot plant operating in Somersby on the Central Coast but operation on a commercial scale is some way off. The first such plant is being built in the UK.

Ku-ring-gai Council decided at the March meeting to adopt a new waste strategy. Some of the major changes to the current services relate to the bulky clean-up and green waste services. A pleasing development is a plan to introduce waste recovery at the kerbside for e-waste, mattresses and metals. Currently there are organisations that will collect and recycle the components of the mattresses but they are not free. Surely the two councils could coordinate collection of large items like mattresses so we no longer see them sitting forlornly by the roadside in the rain.

We look forward to receiving details of timing of implementation.

Click here for recycling locations for specific items such as printer cartridges and mobile phones.