Snowy Hydro Must Not be Rubber Stamped 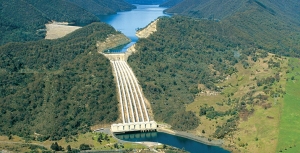 NPA NSW has released a new research paper that has found that the claimed benefits of the Snowy 2.0 project are overstated or false.

Several environmental groups have signed an open letter to the Ministers of Planning and Environment appealing to them to reject the environmental impact statement for the main works that will be the first stage of the Snowy Hydro pumped storage project. Several contracts for the project have already been awarded before the EIS has been assessed.

A group of 30 experts also sent a letter to the prime minister and premier calling for a comprehensive review of the project and alternatives.

Politicians are acting as if the project is a fait accompli. The media is not giving any attention to the issues that have been raised. We need to send emails to the ministers so the issue cannot be forgotten.

We must Hit the Pause Button on Snowy 2.0 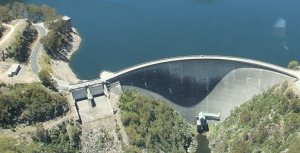 The article explains that the Snowy 2.0 project will be a financial disaster and that the project will also cause huge environmental damage. The National Parks Association has published a damning report on the project.

The federal government’s much-vaunted Snowy Hydro expansion is supposed to smooth out the bumps in electricity supply as Australia transitions to renewables. But not only is the project a bad deal for taxpayers, our analysis suggests it will deliver a fraction of the energy benefits promised.

Fossil-fuel power generators store coal or gas at the point of production. This means electricity can mostly be created on demand when homes and businesses need it. Renewable energy cannot do this. If wind or sun is not abundant, solar panels and wind turbines may not produce enough electricity to meet demand. At other times they might produce more than required.

The Snowy 2.0 project is supposed to provide a solution to this problem - storing renewable energy for when it is needed.

The project’s cost and time estimates have blown out massively. It would now be surprising if Snowy 2.0, including the transmission upgrades it relies on, comes in at less than A$10 billion or is finished before 2027.

But there is another serious problem. Our analysis has revealed that of the extra pumped hydro capacity promised by the project, less than half can be delivered. There is now overwhelming evidence the project should be put on hold.

The problems we know about: cost and time blowouts

The list of possible alternatives to Snowy 2.0 is long. Aside from other pumped hydro projects, it includes chemical batteries, encouraging demand to follow supply, gas or diesel generators, and re-orienting renewable generators to capture the wind or sun when it is less plentiful.

But despite this plethora of options, the federal government announced the Snowy 2.0 project without a market assessment, cost-benefit analysis or indeed even a feasibility study.

When former Prime Minister Malcolm Turnbull announced the expansion project in March 2017 he said it would cost A$2 billion and be commissioned by 2021. This was revised upwards several times and in April this year, a A$5.1 billion contract for partial construction was awarded. This excludes the costs of transmission and other considerable expenses.

The main contractor says the project will take eight years to build - bringing us to 2027 before the full scheme is completed. We will happily wager that more delays and cost increases will be announced.

Snowy Hydro has not costed the transmission upgrades upon which the project depends. TransGrid, owner of the grid in New South Wales, has identified options including extensions to Sydney with indicative costs up to A$1.9 billion. Massive extensions south to Melbourne will also be required.

Snowy Hydro contends it should not pay for the new transmission lines because the benefits would flow to the entire grid, not just its venture. In other words Snowy Hydro argues, conveniently, that we should count the benefits but ignore the costs when thinking about their project.

The numbers simply do not add up

The Snowy 2.0 project grandly claims it could generate at its full 2,000 megawatt capacity for 175 hours - or about a week. This capacity can also be expressed as 350 gigawatt hours (GWh).

Energy Minister Angus Taylor has talked up the project’s superiority to smaller-capacity alternatives such as batteries.

But the maximum additional pumped hydro capacity Snowy 2.0 can create, in theory, is less than half this. The reasons are technical, but worth taking the time to understand.

The figure below outlines the main physical features that define Snowy 2.0. It includes four dams: Tantangara, Talbingo, Jounama and Blowering. For simplicity, we have numbered these from 1-4 in the following explanation.

When Snowy 2.0 generates electricity, water will be released from Dam 1 at the top of the system. It will flow through a long tunnel to the smaller Dam 2. The flow of water drives turbines which generate energy. When the turbines are reversed, the water is pumped back to the top to continue the cycle.

For Snowy 2.0 to produce the 350 GWh of electricity claimed, the top dam must be full and all that water released through the system. But replenishing the top dam after this event would take many months of pumping water from elsewhere in the system, and use up 40% more electricity than was originally generated. So the 350 GWh would never be achieved because it is extremely inefficient and inflexible.

In reality, the pumped hydro capacity of Snowy 2.0 is defined by the amount of water that the smaller Dam 2 can hold. If the scheme was a closed system, with no other water flowing in or out, it could produce around 230 gigawatt hours (GWh) of electricity.

But the system does not exist in isolation. Part of the existing Snowy Hydro scheme, known as Tumut 3, also uses Dam 2. It creates pumped hydro electricity by cycling water between that dam and the even smaller Dam 3 below it.

For Snowy 2.0 to operate at full cyclical capacity, Dam 2 must be empty to receive the water. That would entail emptying Dam 2 into the smaller Dam 3 and from there to Dam 4 at the bottom of the system. This water could not be used again to generate electricity. This “lost” water would have generated 60 GWh worth of electricity in the Tumut 3 scheme.

This means that as a cyclical pumped hydro system, Snowy 2.0 does not add 230 GWh of capacity. When you subtract the 60 GWh from the 230 GWh, Snowy 2.0 adds just 170 GWh of recyclable pumped hydro. This is less than half the claimed storage capacity.

And this is the maximum cyclical capacity in theory only. Snowy 2.0 would never produce continuously for the time needed to generate and then pump 230 GWh because it would never be economically viable to run it this way.

In practice if Snowy 2.0’s lower dam is operated in future as it is now – almost always close to full – the cycling capacity of Snowy 2.0 may be as low as 40 GWh – around one tenth of the promised number.

What does all this mean?

These facts put Snowy 2.0 in a completely different light. There are many competing alternatives that can provide storage far more flexibly for a fraction of Snowy 2.0’s price tag. These alternatives would also have far fewer environmental impacts or development risks, in most cases none of the transmission costs and could be built much more quickly.

It is always difficult to press the pause button on a major project once it has begun. But the evidence for doing this is overwhelming. In pursuit of the public interest, the federal government should put the project on hold and ask a reputable investment bank to publicly advise, perhaps through the Productivity Commission, what Snowy 2.0 would be worth if built.

A credible independent valuation would establish with some confidence how deeply Snowy Hydro will have its hands in the public’s pockets. A panel of independent experts should then be asked to publicly advise whether taxpayer money is needed to meet the demands of a renewables-dominated power system, and if so, the best way it should be spent.

This article is republished from The Conversation under a Creative Commons license. Read the original article.