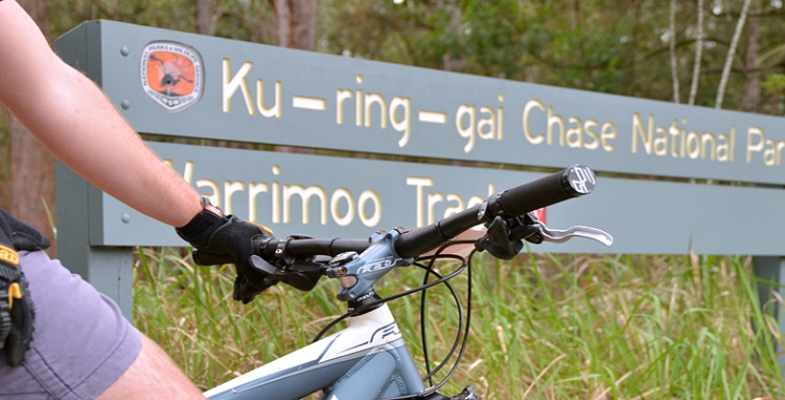 Previously we've reported on Ku-ring-gai Council’s closure of the mountain bike downhill track that had been constructed illegally near Warrimoo Oval in St Ives. After strong protests from the mountain biking community, including attempts to remove the fencing used to close the track, council undertook to commission independent ecological and safety investigations into the track. In July 2016 council announced that the research supported its decision to close the track so this will happen permanently.

This track has been evolving over several years and was tolerated by council under the Unstructured Recreation Strategy even though it was constructed without approval. However the listing of Coastal Upland Swamps as an Endangered Ecological Community (EEC) in 2012 under the NSW Threatened Species Conservation Act 1995 changed all that. A determination to list Coastal Upland Swamp as an EEC under the federal Environment Protection and Biodiversity Conservation Act 1999 was made in 2014, further strengthening the need for protection and the legislative requirement of council as the land manager to ensure its protection.

Key Findings from the Independent Report

that the creation and use of the mountain bike track has had a detrimental impact on the local occurrence of the Coastal Upland Swamp EEC and threatened species and their habitats.

It also deemed the mountain bike activity ‘not sustainable’ due to the loss of vegetation and habitat, soil loss and irreversible localised changes to hydrology.

If use of the track were to continue, further degradation of the EEC and threatened species habitats could be expected:

A significant amount of work would be required to bring the track up to IMBA standards and these works are not recommended as they would cause further damage to the environment.

Council is currently looking into possible alternative sites that may accommodate downhill mountain biking in an ecologically sustainable way. The area at Lovers Jump Creek Reserve (Golden Jubilee) is the best and most suitable site. If council were to pursue track development a more detailed impact assessment would be required.